(Image credit: Meteociel.fr) It’s no heatwave – and it’s short lived – but it will certainly feel significantly warmer by Tuesday of next week. For some of you, Feeling more like how it should for the time of year. High pressure is set to become established across Europe, Spain and France, and this will help to draw up warmer air into the southern half of the country. 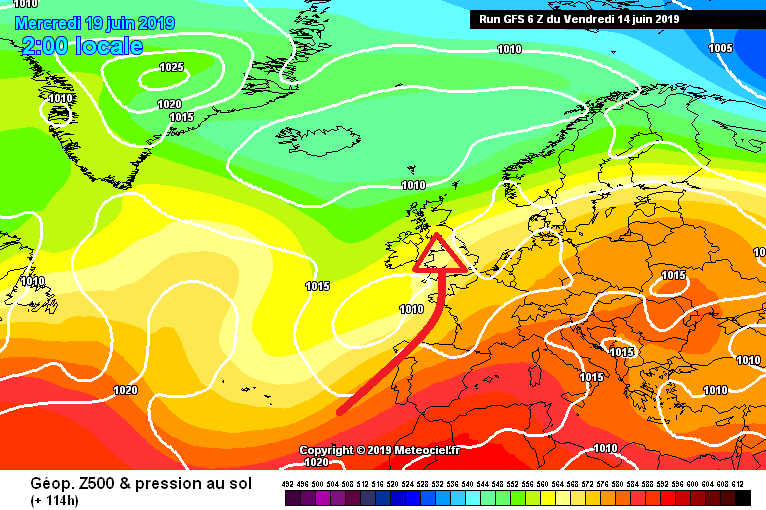 Although temperatures will creep up a little this weekend and on Monday, the real warmth is confined to later on.

Tuesday and Wednesday look like the warmest days, with temperatures hitting 25 or 26C in parts of the South. Temperatures will reach the low 20’s for much of England and Wales, unfortunately for some leaving Scotland and Northern Ireland with temperatures stuck in the teens, with rather little in the way of sunshine up here.

Although there will be some brighter conditions for South East England and the East Midlands, in the North and West weather fronts will dominate the story even during Tuesday and Wednesday, bringing some rain and limiting temperatures to around average, which is still higher than what they are right now. However it will feel warm or very warm in the sunshine in the south with the Capital likely to reach 26 on Wednesday, 21 to 25C for central England and Wales. 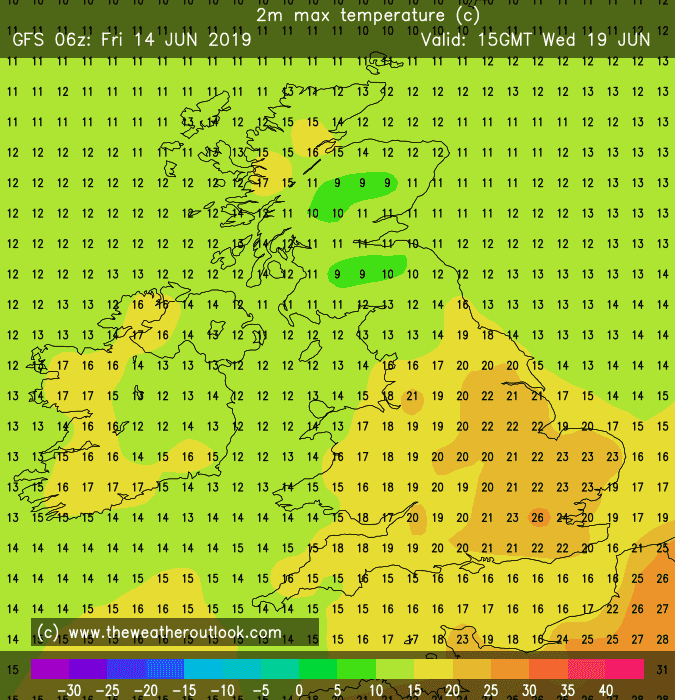 By Wednesday, thanks to the increasing humidity, the warmth may spark off some thundery downpours as the Atlantic attempts to make progress with fresher conditions (which will arrive later in the week), some thunderstorms could form by Wednesday afternoon in the south east of England, although details regarding this will become clearer nearer the time. That being said, later in the week into next weekend (from Thursday 20th June into the weekend), it will become much fresher, cooler, and we keep the mixed theme of sunshine and showers.

So my advice is get out and enjoy the limited warmth for those couple of days next week, because it wont last very long; if you manage to dodge the showers or thundery downpours!