Yesterday we spoke about the likelihood of a European heatwave, and that is was unclear as to whether the British Isles will be affected.

Today, as further data is available to us, it is now looking more likely that heatwave conditions will affect the British Isles. However, as the very warm temperatures are unlikely to last 5 days or more, it can not be classified as a “heatwave”, however it will still be very warm, or even hot; especially from Tuesday to Thursday next week, with 30 degrees likely in the south.

Credit: Theweatheroutlook.com | Forecast maximum temperatures by Wednesday, perhaps up to 30C in the South? 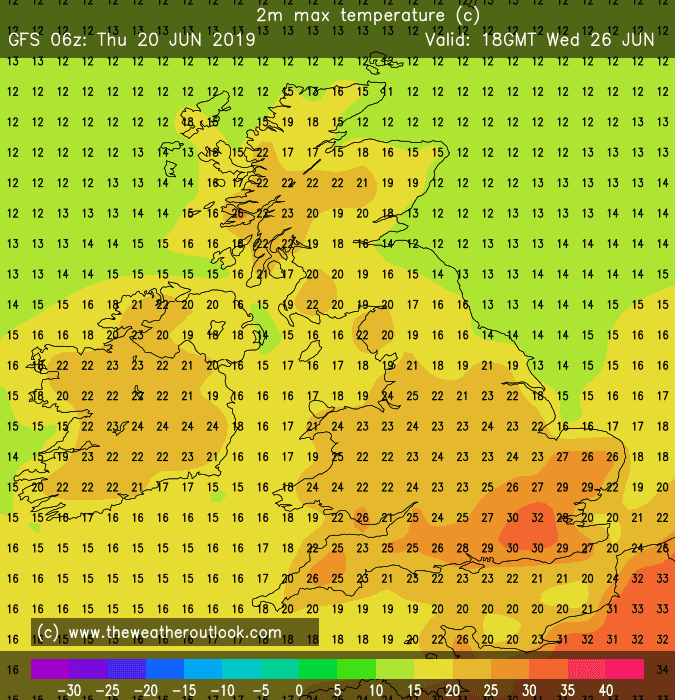 Before we get there though, there’s still some awful weather to content with.

The Met Office have issued a weather warning for heavy downpours (thunderstorms) which is valid from 3pm Sunday until 11pm on Monday evening. Thunderstorms may develop in places, leading to torrential downpours and a risk of flooding in places. In fact all of England and Wales (except the very far South West) is affected by this early warning. 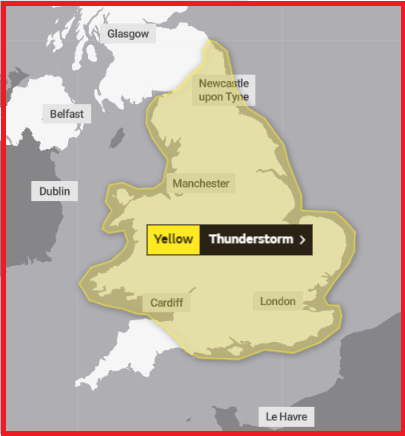 Behind this rain, into Tuesday, is the warm and hot air. Temperatures by Tuesday are likely to reach the mid to high 20’s for much of England and Wales. It will begin to feel very humid, especially by Wednesday. Some residual showers are likely in the far West, perhaps Wales and SW England on Tuesday to. Winds will be light so in the sunshine it will feel pleasant, probably the nicest day of the year so far – sunscreen required.