Thunderstorms were sporadic last night across the North, however largely were not as widespread or severe as we were forecasting them to be, though some did occur. Sometimes this is the case. Thunderstorms are difficult to predict, however can be quite hazardous, which means it was worth warning of them.

Over the next 24 hours there is a further risk of thunderstorms. This time the more south eastern part of the UK is at risk. Sometime overnight tonight and into the small hours of Tuesday, a cluster of thunderstorms is likely to move up from the English Channel into southern counties, potentially into the Midlands, South East England and perhaps Lincolnshire. All these areas are at risk, however not all of them will see the storm. This is because there is uncertainty regarding the exact track of the system.

In places that do see the storm, high rainfall totals, perhaps as much as 50mm (2 inches) are possible, with frequent lightning, hail and gusty winds also posing a possibility.

The image below is our Thunderstorm risk map issued for tonight, with further information about the risk. 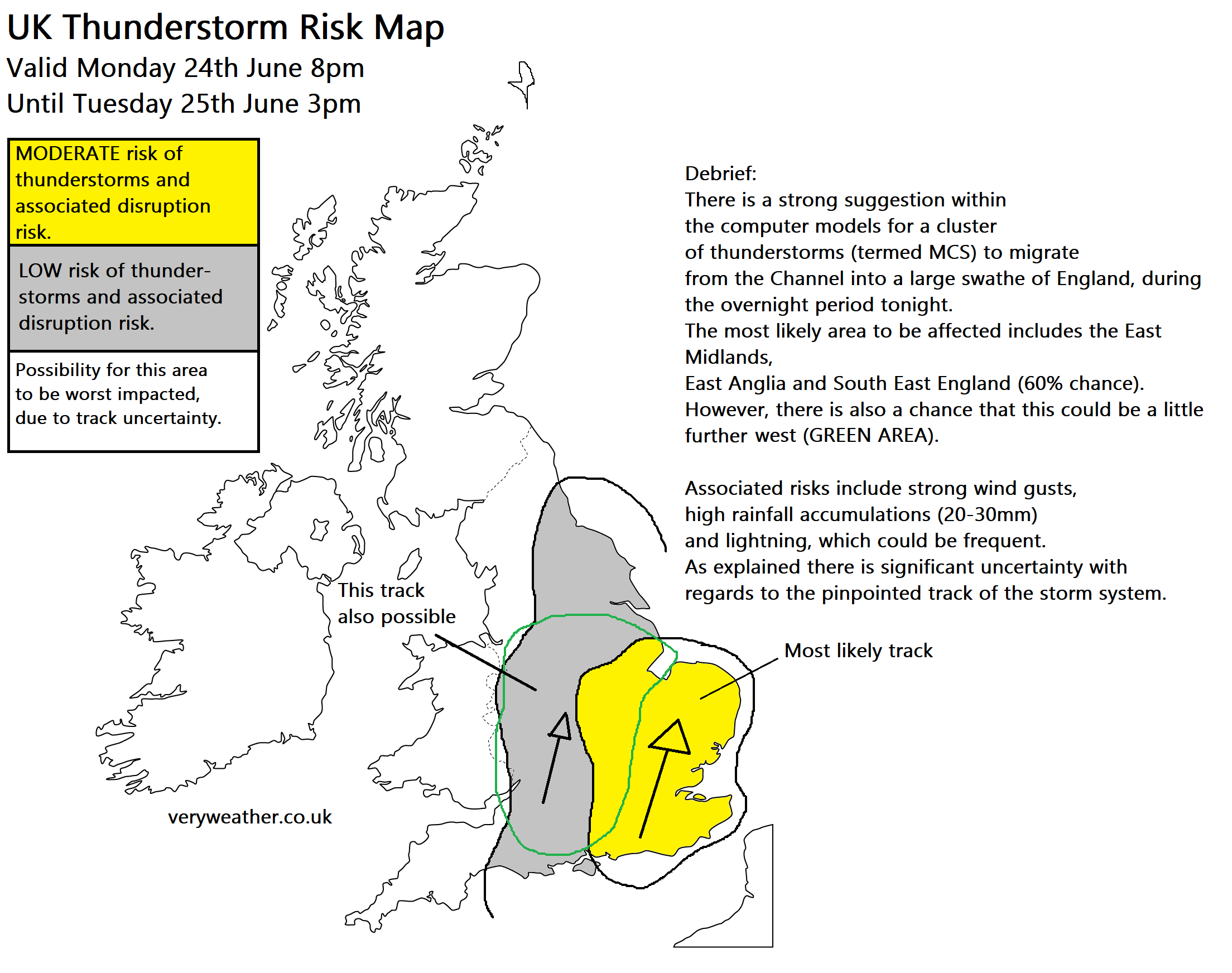 As we head through the week ahead, there are further risks of thunderstorms in places, with warm muggy air over the UK. Temperatures wont be drastically high, largely staying under 30C, for most, however high dew points are likely to build a rather oppressive and muggy feel through the week. More detail regarding these storms will be given nearer the time.