A nasty weekend for some of us with a mixture of strong winds and heavy rain. There are various Met Office weather warnings in force for heavy rain, thunderstorms and strong winds. After a relatively calm day today, heavy outbreaks of rain and strengthening southerly winds are expected for most areas tonight.

That rain will linger in Scotland and Northern Ireland through tomorrow, Friday. Further south, for the majority of England and Wales it will be a changeable day, some showers but also some sunny spells, though these probably short lived in any given area. Winds will also be unusually strong, touching 40 or 50mph quite widely in gusts. These strong winds will persist into Saturday. 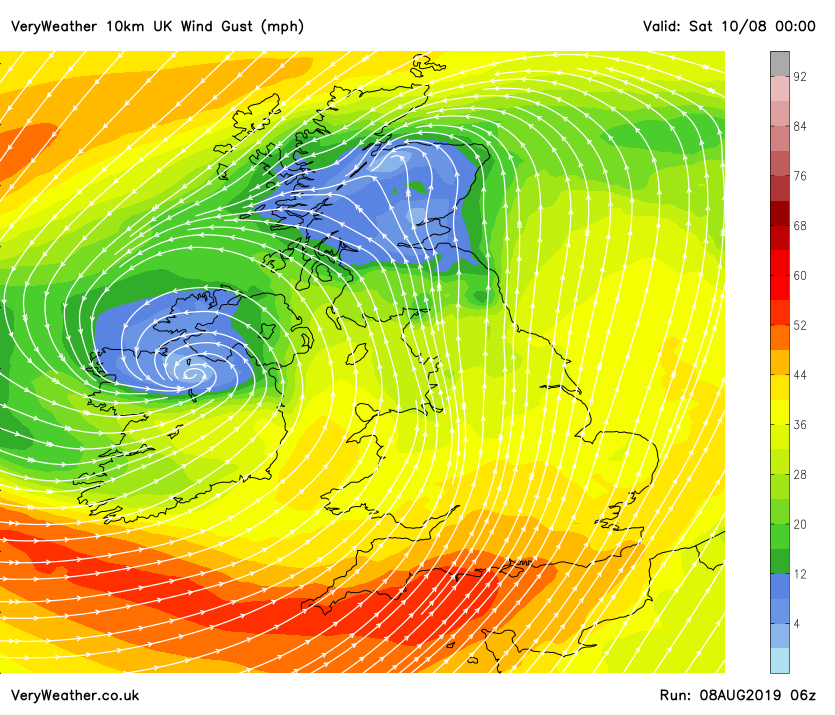 Saturday looks like another wet day in the North with further showers, which at times could be heavy and thundery. Further south, there will be some showers, especially for Wales and Northern England, however for the Midlands and South Eastern England there will also be some fair weather on Saturday. Tempered by a very strong, unseasonably strong westerly wind. On exposed southern and western coasts of England and Wales wind speeds could touch 50 or 60mph, even fairly widely inland 40 to 50mph is likely. These strengths could bring down trees in places, especially given the recent wet weather.

Further North, rain will be the main issue. The following graphic shows forecast rainfall totals between now and Sunday evening. Notice the deeper colors focused around southern Scotland, Cumbria and nearby areas. These are rainfall totals nearing 4-5 inches, that is enough to produce a risk of flooding. 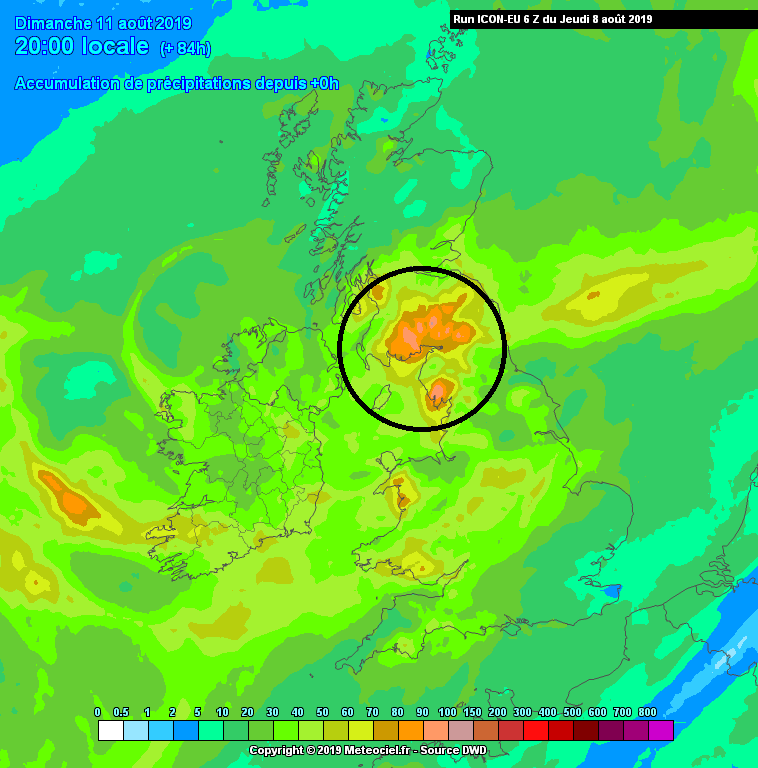