Passers-by were left shocked this morning after finding hundreds of birds laying dead on a road in Llyn Llywenan, a village in Anglesey, North Wales. Some were found in trees, on fields and on the road. It is estimated that several hundreds (300-400) birds died. 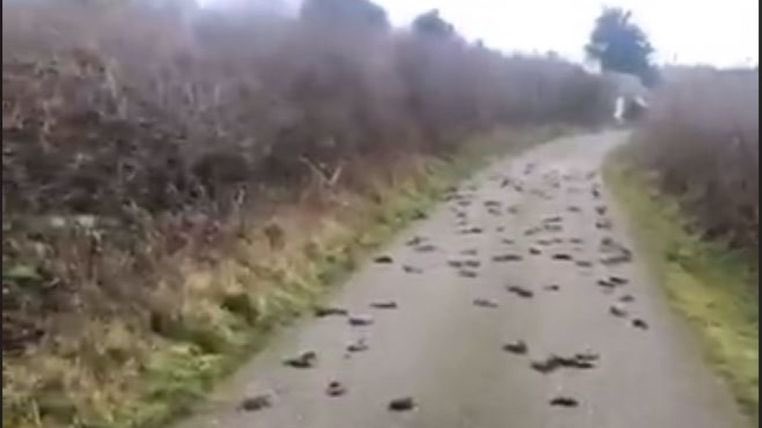 “Mass” bird-falls (i.e. several hundred birds dying at once) are not uncommon in the UK. Several happen every year. For this particular event, it is feared that the birds could have been poisoned. However, it’s possible that turbulent weather could have shocked the bird’s systems. For example, a sudden burst of very cold air or a freak gust of wind can ice / jolt birds respectively, and as the weather’s pretty turbulent right now it is possible that this is responsible.

Other causes are possible, such as crashes with aircraft.  Industrial activity, i.e. ground clearing and demolishing of buildings, can also produce strong atmospheric sound waves that can shock birds in-flight. What ever the cause, this would be quite distressing to encounter.

If you’ve seen similar in other parts of the country, please let us know or send your photos in.