Around 8,000 have fleed their homes after “Taal Volcano” erupts in the Philippines, this afternoon. The volcano is situated south of Manila. 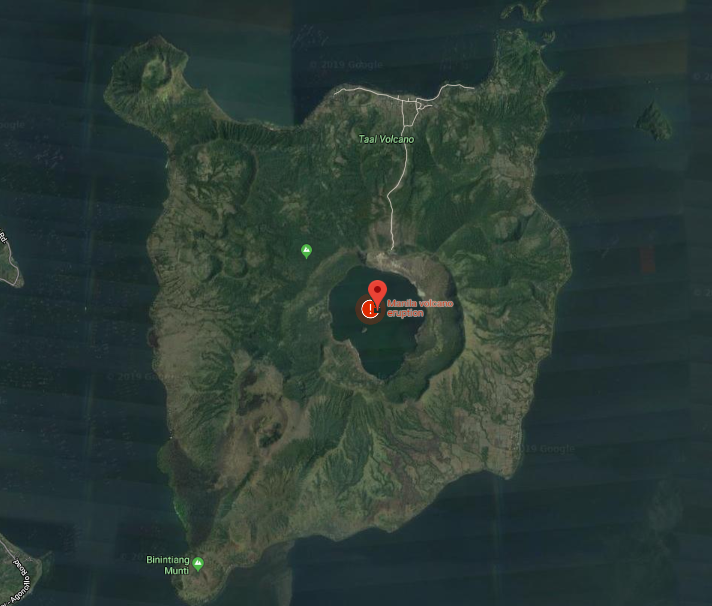 Image: Google Maps, location of the Taal volcano in the Philippines. 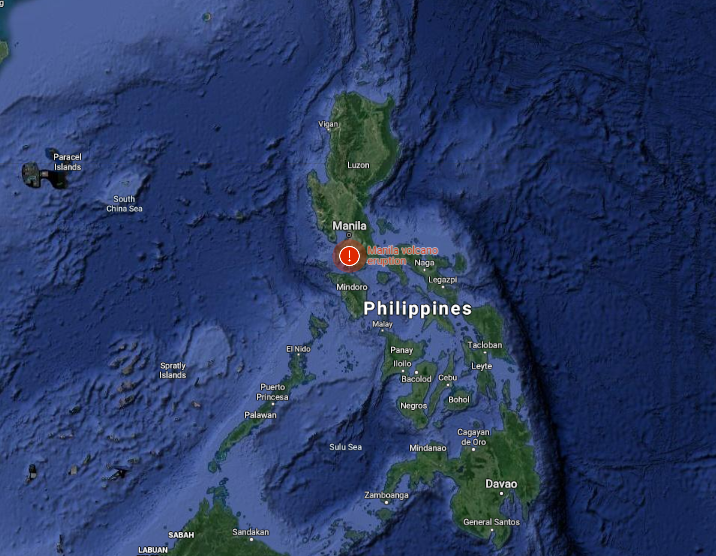 The volcano is phreatic in nature, which means that it is surrounded by water. This can aid it’s explosivity. Ash was spewed up around 4 miles vertically into the air from the volcano. The eruption is currently ongoing.

Some residents wore plastic bags to protect themselves from falling ash which was embedded within rain water and carried many hundreds of miles north in the air. (Image: Getty Images). 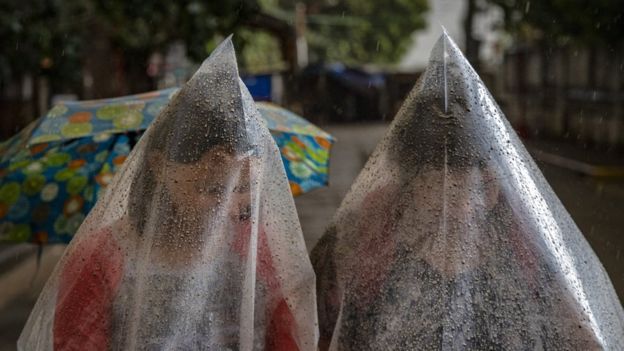 The eruption has lead to the closure of Manilla airport, the largest airport in the Philippines. The eruption is currently ongoing, and is spewing out large amounts of ash and aerosols. That is visible on this following graphic, from twitter / theweatherchannel.

The Taal Volcano eruption in the Philippines currently putting all flights at Manila International Airport on hold. Clearly visible on satellite. pic.twitter.com/RsAznoAKUK

It is unknown if or how many causalities have occurred so far.