Conditions are looking increasingly wintry for some parts of the country overnight. A cold polar maritime air mass is expected to produce wintry showers across western and northern areas.

The Met Office have weather warnings in force for Snow & ice for western Scotland, north west England, Northern Ireland, and much of Wales. The Met state that challenging conditions are possible in places, with a possibility of disruption to travel from both snow showers and icy surfaces. 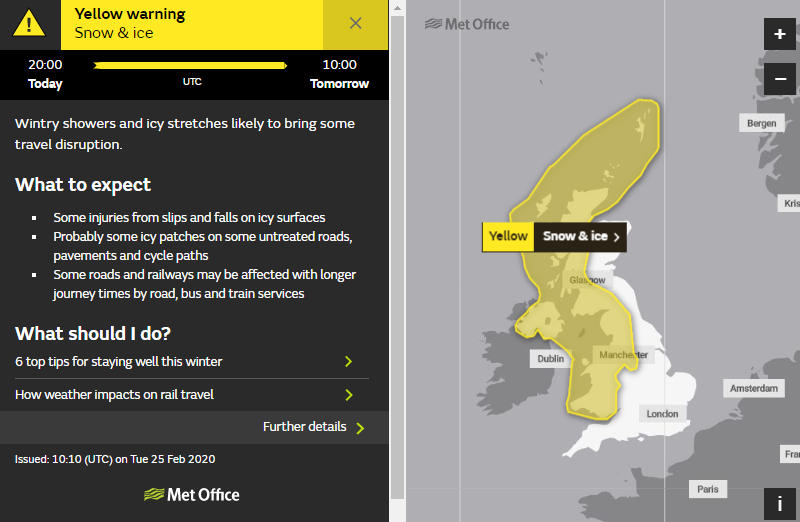 A plethora of wintry showers are expected to affect Northern and Western Britain in the coming 12 to 24 hours. Initially snow in any showers will be primarily restricted to hills earlier on Tuesday, however by the late evening and overnight showers may fall as snow to increasingly lower levels across Northern England, Northern Ireland and Scotland. Here, a few cm of snow could accumulate above 250 metres of elevation, whilst some places even down to modest elevations, say 100m, could see a temporary dusting of snow.

This snowfall accumulation map from Meteociel.fr, shows where the WRF weather model (GFS) is forecasting snowfall accumulation tonight. Do not take these exact defined areas too literally, however it gives a nice overview as to where the worst conditions may be. Generally speaking, western Wales, north west England, and western Scotland. A few patches showing up across the Midlands indicating that snowfall here will be largely limited in nature. 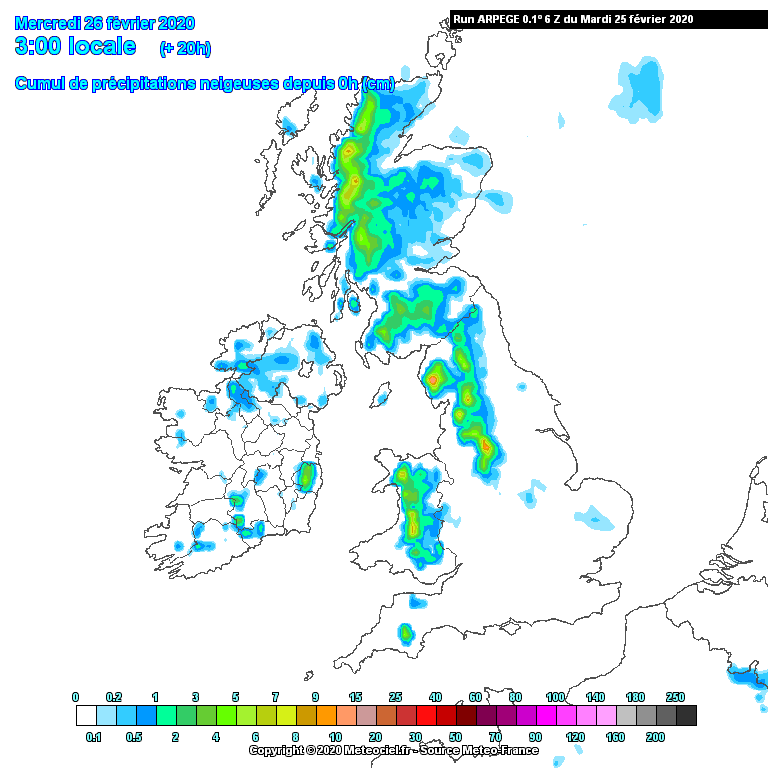 Across the Midlands, particularly the west Midlands, and South West England, some brief periods of precipitation are possible in some areas. Whilst difficult to forecast the exact location of these, they could also produce some wintry precipitation for temporary time periods. It’s likely that further east, across eastern England, conditions will remain largely dry overnight tonight with just some frost around. Saying that, temperatures will dip down close to or below freezing for most areas, especially areas with snow accumulation or clearer skies, i.e. in the North and West. Therefore, some icy patches are possible especially on either higher routes or untreated routes.


Thank you for using our site.