Yesterday was an incredibly hot day across the British Isles. Temperatures reached a balmy 37.8C in Heathrow, London, making it the 3rd hottest day on record for this country. Temperatures this weekend and during the following week are expected to be somewhat lower, down closer to average for many, with highs between 20 and 25C on most days for England and Wales. 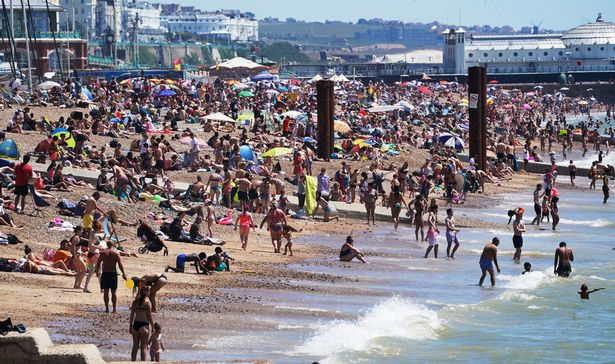 There are solid signs, however, that temperatures may rise significantly during the next weekend (8th / 9th of August). Some computer models suggest temperatures could be as high as 35C or potentially even more due to a “Spanish Plume”. The following weather chart valid for next Saturday shows this said large area of high pressure pushing into the British Isles during this date.

&How long this could last is uncertain at this stage, however, many computer models suggest that it could last longer than the previous 1 day wonder with temperatures over 30C for perhaps 4 or 5 consecutive days, making it heatwave worthy.