Unstable air associated with a plume of warm air is expected to combine with Atlantic moisture to produce the risk of thunderstorms tonight. The greatest risk is later in the night, into the early hours. The areas most likely to be impacted include Northern England, the Pennine chain, and into Yorkshire and Lincolnshire.

Storms will be sporadic in nature even here, but will produce some frequent lightning and the potential for medium sized hail. Some disruption due to flash flooding is possible, especially in the yellow area below. With the grey area seeing a lesser chance of flash flooding. The storms will migrate north, likely reaching the borders of Scotland and far north of England later in the night or some time tomorrow. Again the timing is a little uncertain. As these storms are overnight, impacts to travel are expected to be rather low, but could happen in places. 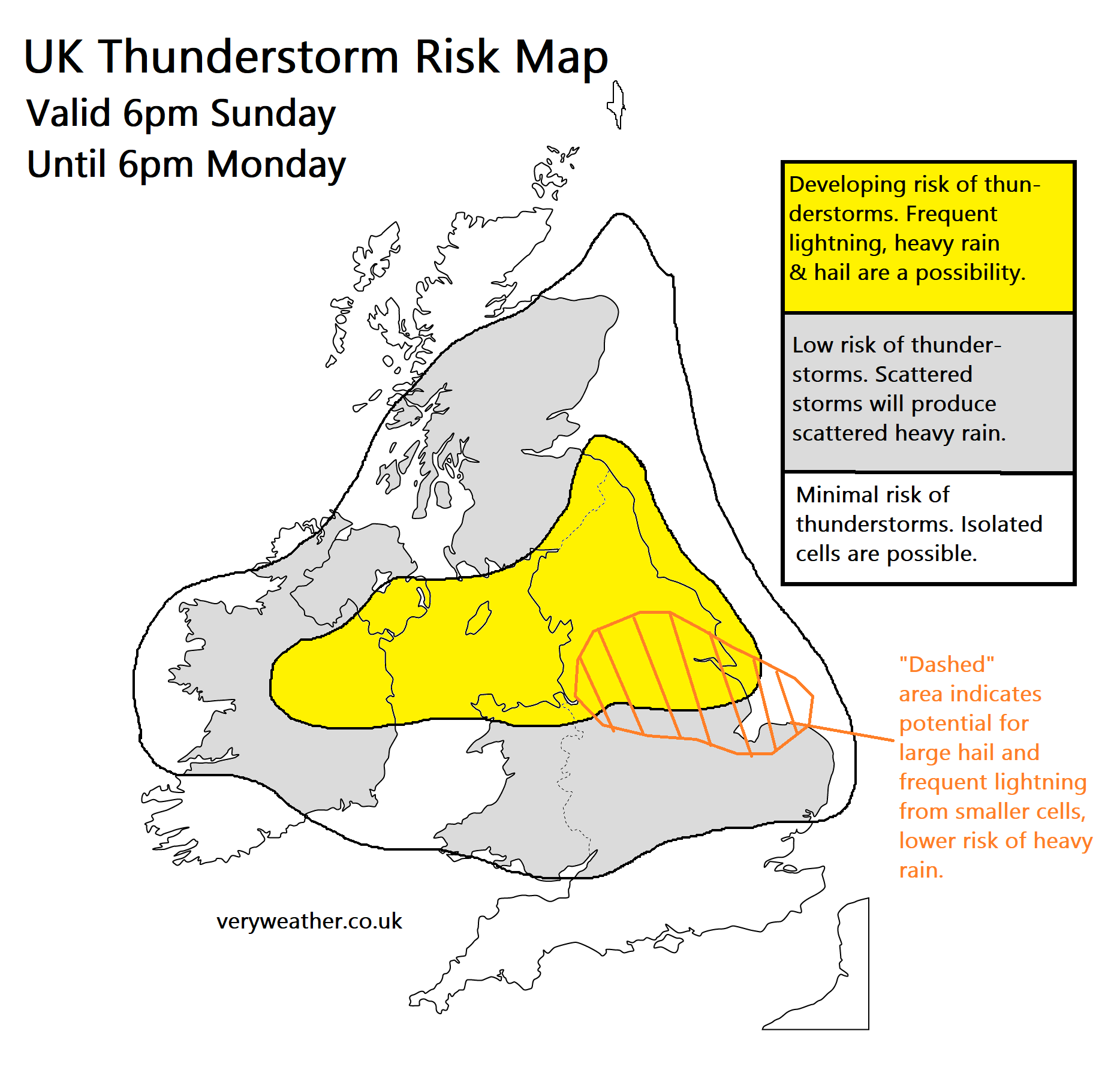 In the worst affected areas, up to 30mm of rain could fall, leading to a risk of surface water flooding. As the ground is rather unsaturated, river flooding is less of an issue, however if storms affect Lincolnshire, which is a possibility, river flooding could occur due to high rainfall levels.

On Monday day there is a continued risk of showers, which may be thundery in places, but will be rather isolated. Overnight from Monday into Tuesday there is a further risk of thunderstorms, perhaps a cluster of thunderstorms working into south east England some time from Monday night through to the early hours of Tuesday. This could produce frequent lightning and heavy rainfall, however the details with regards to this remain uncertain. A preliminary map has been issued. 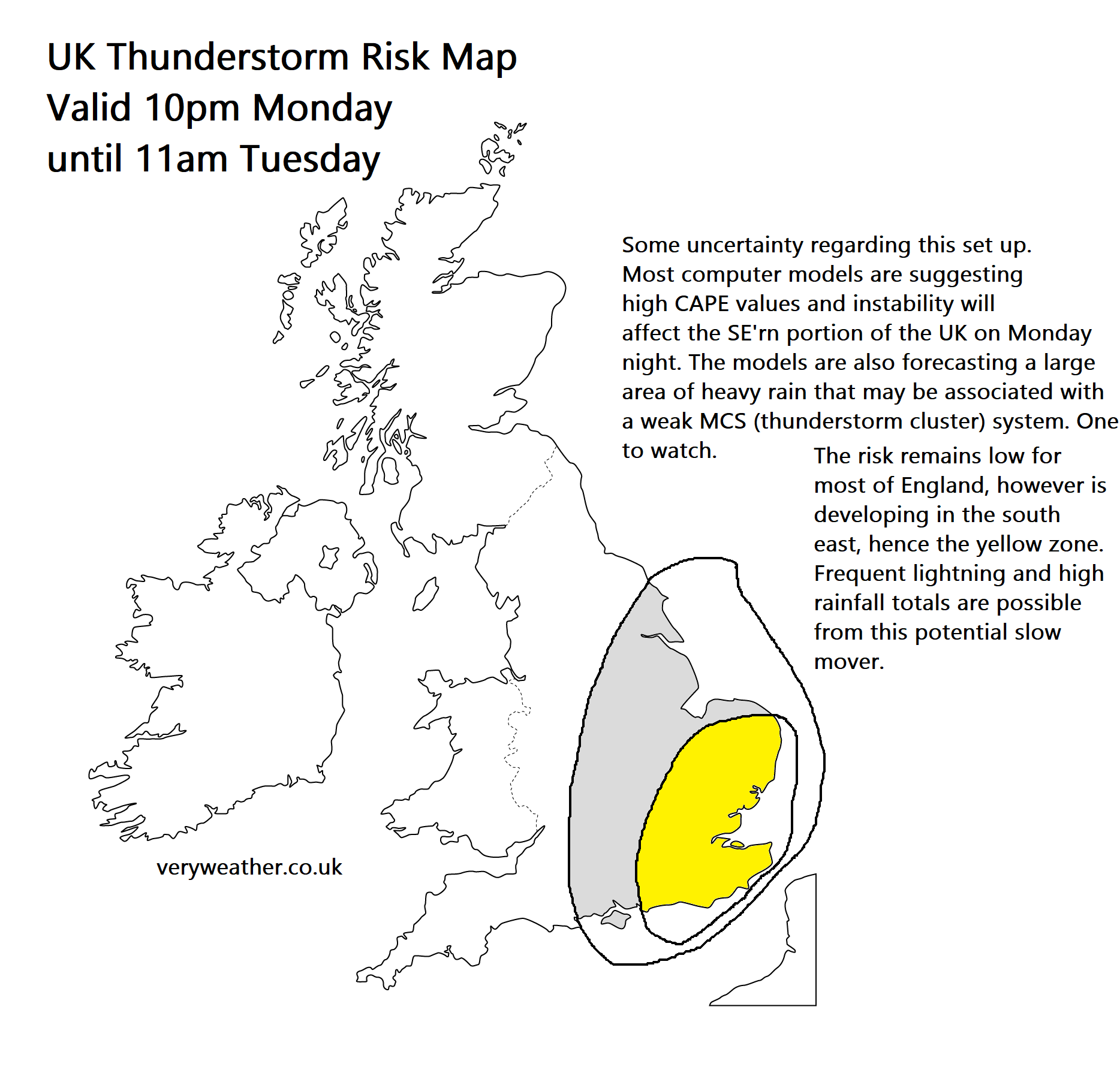 Stay tuned for more information on the storm risk through the week. With hot unstable air aloft and cooler temperatures nearer the surface, there is a continued risk of thunderstorms this coming week.