In force for the south eastern quadrant of the British Isles for this evening and into Wednesday for heavy showers and thunderstorms. The East and South East Midlands, Home Counties, South East England and East Anglia (in a line from the Isle of Wight to Lincolnshire and South East) is at risk. A mixture of heavy showers and thunderstorms are likely on an off through this evening and into Wednesday, and although it’s proving difficult for forecasters to give a time frame on when the worst of the weather will be, some time into the early hours seems most likely, however it could happen later. 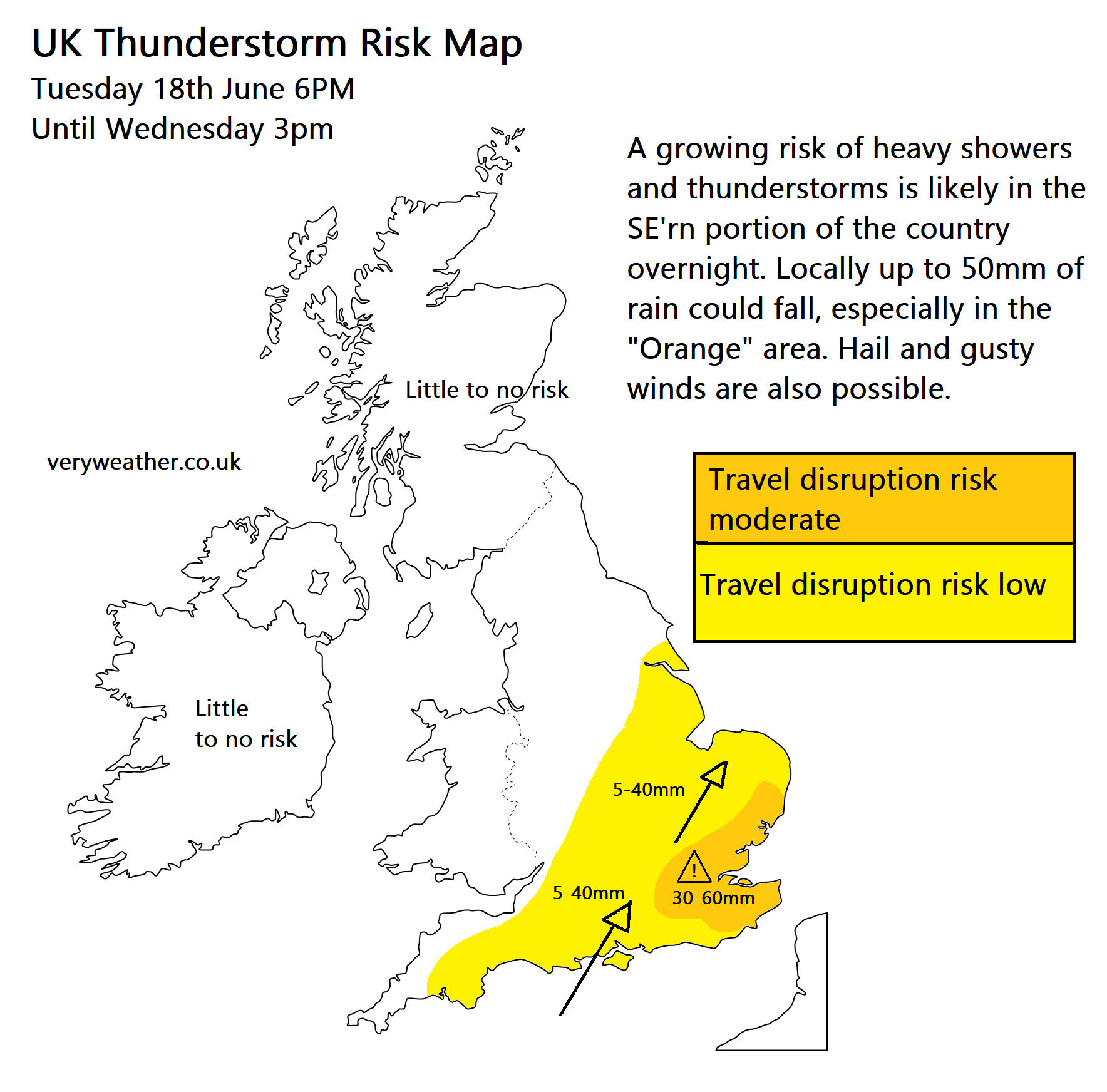 The thunderstorms will be by nature “hit and miss”, meaning that even in the risk areas noted above, not everyone will see them. Some places could see up to 50mm, 2 inches of rain, within a short space of time, giving way to a real risk of surface water flooding. The risk increases within the “orange” area highlighted above, with these areas at the highest risk of seeing surface water flooding. Some roads could be blocked here to start off Wednesday, meaning for a tricky rush hour – however some flooding is possible in the yellow areas to.

You can also keep an eye on flood alerts for specific river catchments here at the Environment Agency. There are still a collection of flood alerts and flood warnings in force for parts of the Midlands, which should escape the worst of the rain in the next 24 hours, however Lincolnshire could see some fairly high totals tonight, which would make matters worse for the likes of Skegness and Wainfleet, which have been so badly affected already this June.

All in all we are not expecting this event to be as severe as the flooding last week, however locally there could still be some notable impacts.