A Severe European heatwave is looking increasingly likely for next week. Temperatures for much of central and western Europe are likely to soar way above average into next week, right from Germany to Spain.

Temperatures will into the 30’s are looking increasingly likely for the low countries and France, which is above average for June. However it is still largely unclear as to whether the British Isles will be affected, nevermind how much. 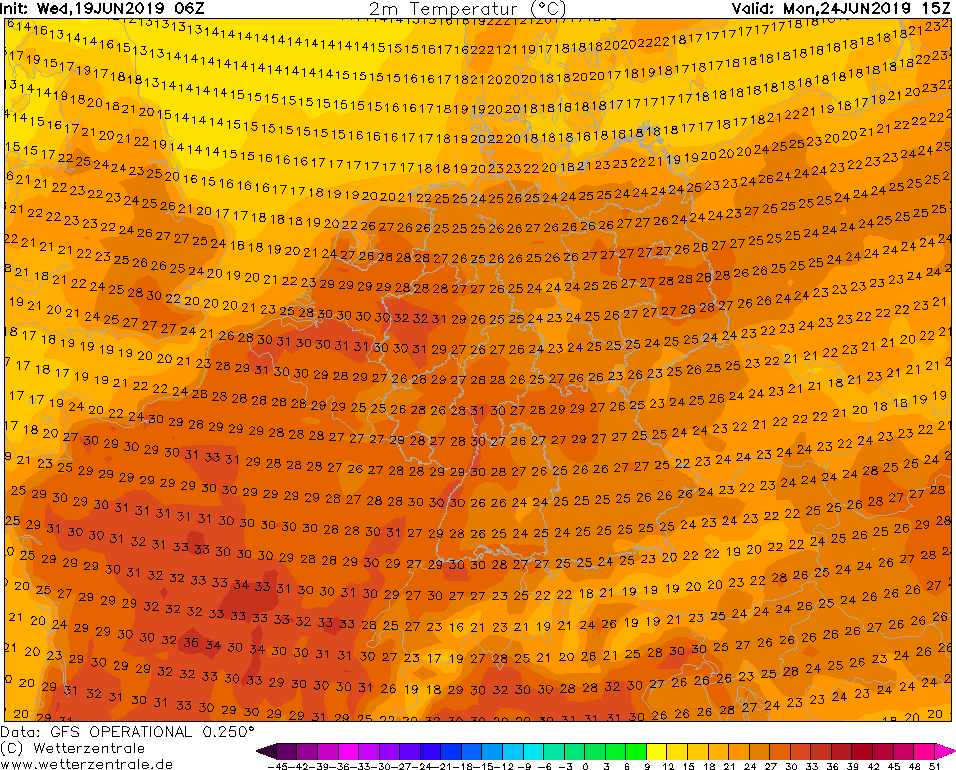 Questions – will the heatwave reach the UK?

50/50. At the moment it is too early to tell. We are rather confident that central and mainland Europe will be hotting up, however it is still very unclear as to whether the heat will advance into the UK. 50/50 means exactly that, it could still happen. We’ll know by almost certain by the weekend as to whether the British Isles will be affected.

If you’re off holidaying it looks pretty good for much of Europe next week, with temperatures into the 30’s almost universally. With the exception being Portugal, somewhat cooler here due to an Atlantic influence.

The British Isles haven’t seen heat of this magnitude for almost 12 months, meaning for some it will be a shock to the system, IF it occurs here, and that’s a big if. The forecast for Britain is always a little more uncertain, as the country sits on a boundary between 4 significant air masses. The continental climate of Europe is always a little easier to predict.

That being said, the increased heat across much of central and western Europe next week will possibly trigger off some thunderstorms, high CAPE values (instability in the atmosphere) are likely in places next week. These could also affect the British Isles, in fact this is more likely than the heat, as we are on the boundary between the hot Spanish air that will be affecting much of Europe and cooler Atlantic air masses. This boundary will fuel the increasing risk of thunderstorms.

By Wednesday of next week the GFS weather model is teasing the possibility of the real hot air entering the UK – again this is largely uncertain. Notice how parts of France are hitting 37C, proper heat! 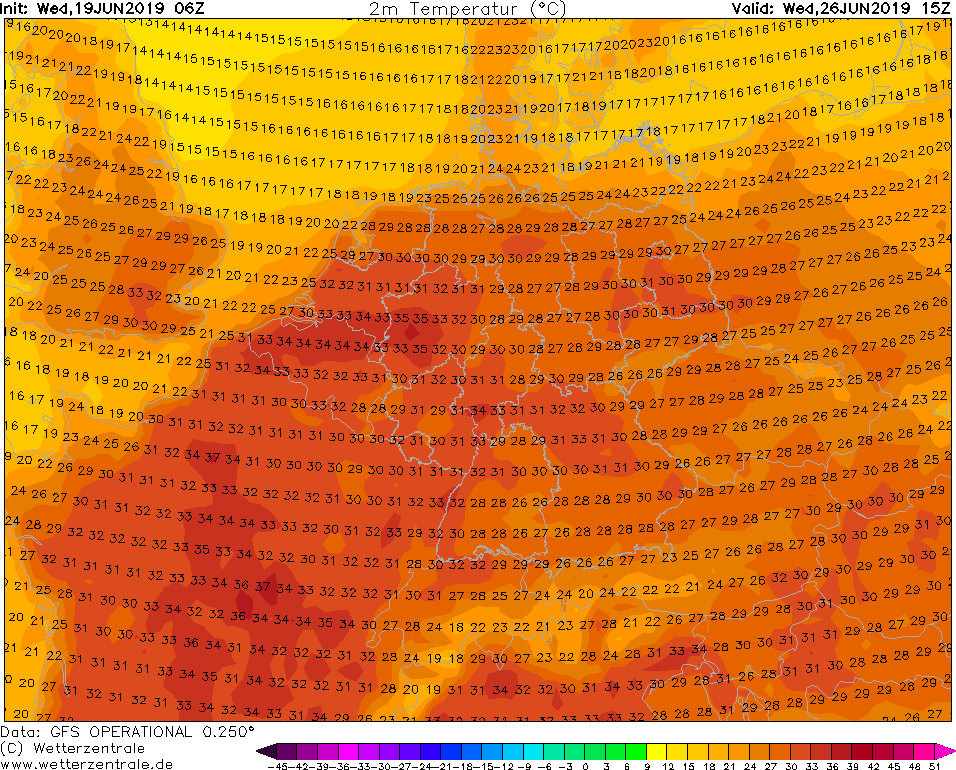 As said many a time, things are highly uncertain for next week. It could be another cool and wet week, however that 50/50 chance of a heatwave is there. Keep a close eye on forecasts and updates, we will know by the weekend whether our country will be affected.