An absolutely stunning weekend ahead for much of the British Isles – in fact it could be record – breakingly hot with temperatures over 30C by Sunday in southern England – so almost a “heat wave” in fact.

By Sunday large parts of England, Wales and southern Scotland are baking in the very warm to hot temperatures as per below (credit: meteociel): 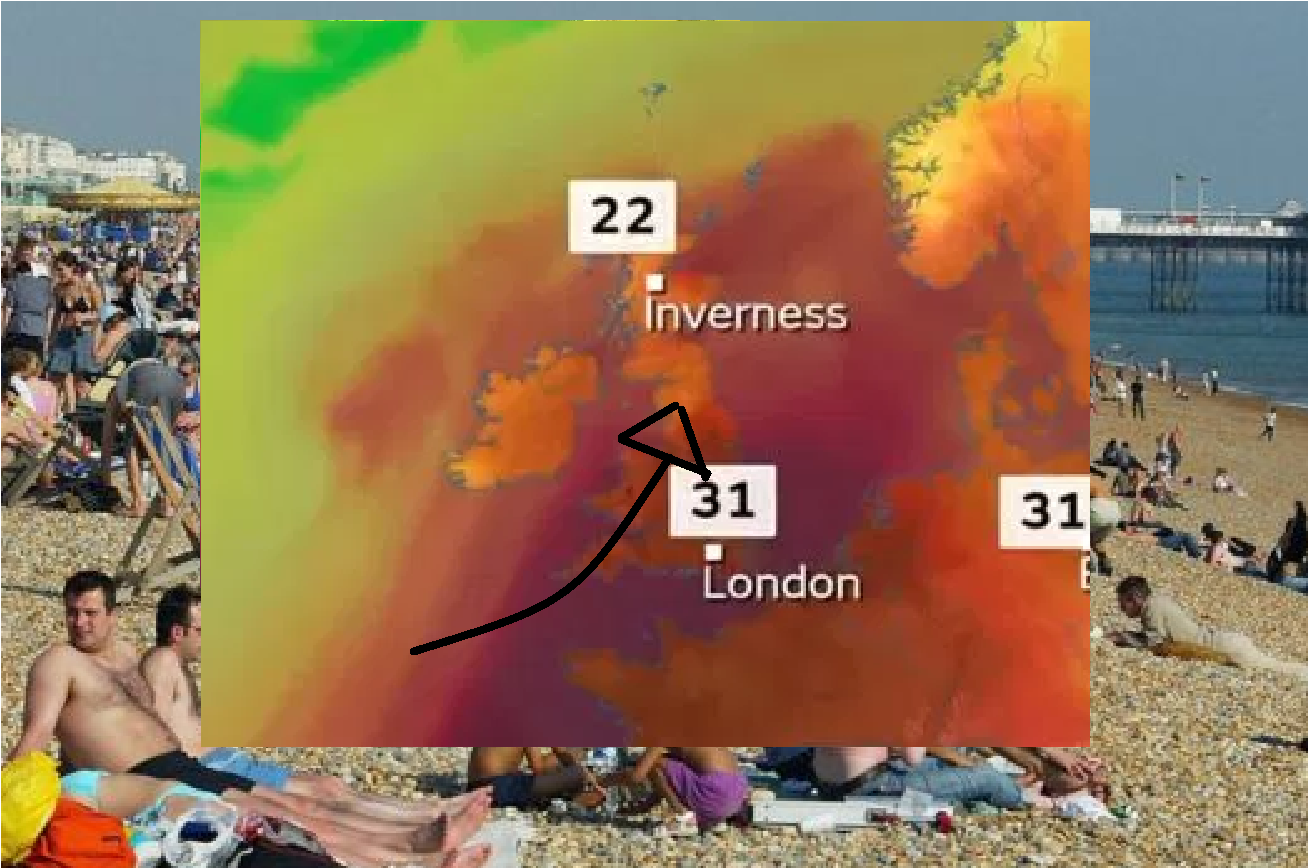 By Monday temperatures are still very warm to hot across much of England and Wales – largely 25-30C. It will be that bit fresher and more comfortable on coastal areas, making this bank holiday weekend pretty much perfect for many coastal beach destinations.

Most probable maximum temperatures on Sunday:

Monday’s highs on the Meteociel chart:

Notice however, it is a lot cooler for the far north of England, Northern Ireland and Scotland, here there will be increased cloud and perhaps some more significant rain on Monday, before more widely some outbreaks rain and perhaps thunderstorms affect larger parts of the UK later on in the week, however next week looks widely very warm, and for a time early on in the week (up to say Wednesday) temperatures could easily reach 30-32C in south east England perhaps, very warm for the time of year! Make the most of the nice weather, it’ll soon be Autumn!