Wildfires are a normal occurrence in this part of the world. However, recent human activity, including illegal management of land, has produced conditions that are allowing these wildfires to flourish.

Recently the city of Sao Paulo was plunged into the dark of night during the day as a result of smoke produced from these wildfires. It is also sending smoke across large parts of the Southern Hemisphere, albeit in concentrations lower than at the site of the wildfire, but still high enough to pose a risk to air travel and similar.

The image below shows how much Carbon Monoxide is being produce from the burning of the rainforest, as you can see fairly significant quantities are being carried into the Southern Hemisphere by upper level winds. (Image credit: Severe Weather Europe / Andrej Flis). 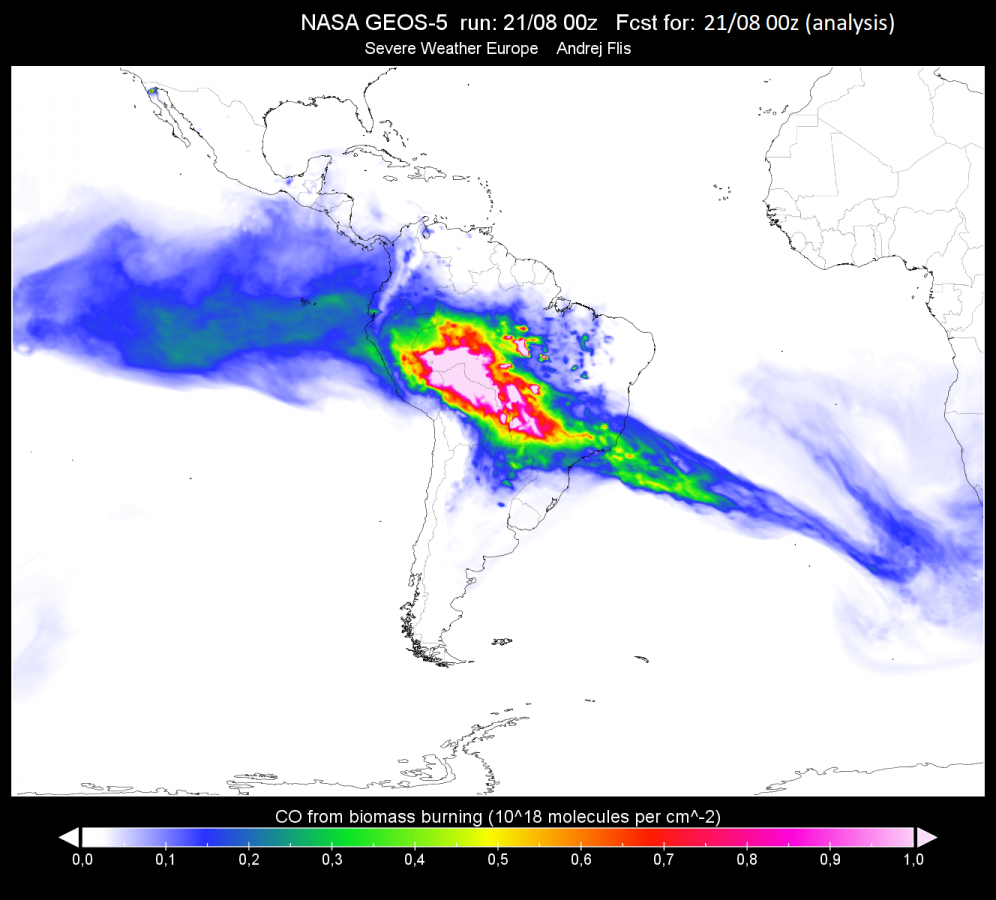 Every minute (during the day) an area of roughly 3 football pitches is being cleared. The increased smoke produced from these wildfires can cause health problems for those with respiratory issues.