A low pressure system is expected to develop over central areas of the U.S. early next week (Monday 9th – Wednesday 11th) bringing with it the risk of winter storm conditions to central northern areas.

This chart (from Pivotalweather.com) shows how much snowfall the GFS is forecasting to accumulate between now and next Wednesday the 11th. These are prone to change, however they often give an idea as to where the worst conditions may be; again the Mid West, Great Lakes and parts of Canada look primed to see some high snowfall totals. Potentially as high as 16″+ in places from this next potential winter storm. Strong winds are also possible, therefore once again there’s a risk of the development of blizzard-like conditions, drifting snow and power outages early next week in areas that get the winter storm, especially Minnesota, Wisconsin and the Dakotas. These areas are particularly prone to strong wind development. 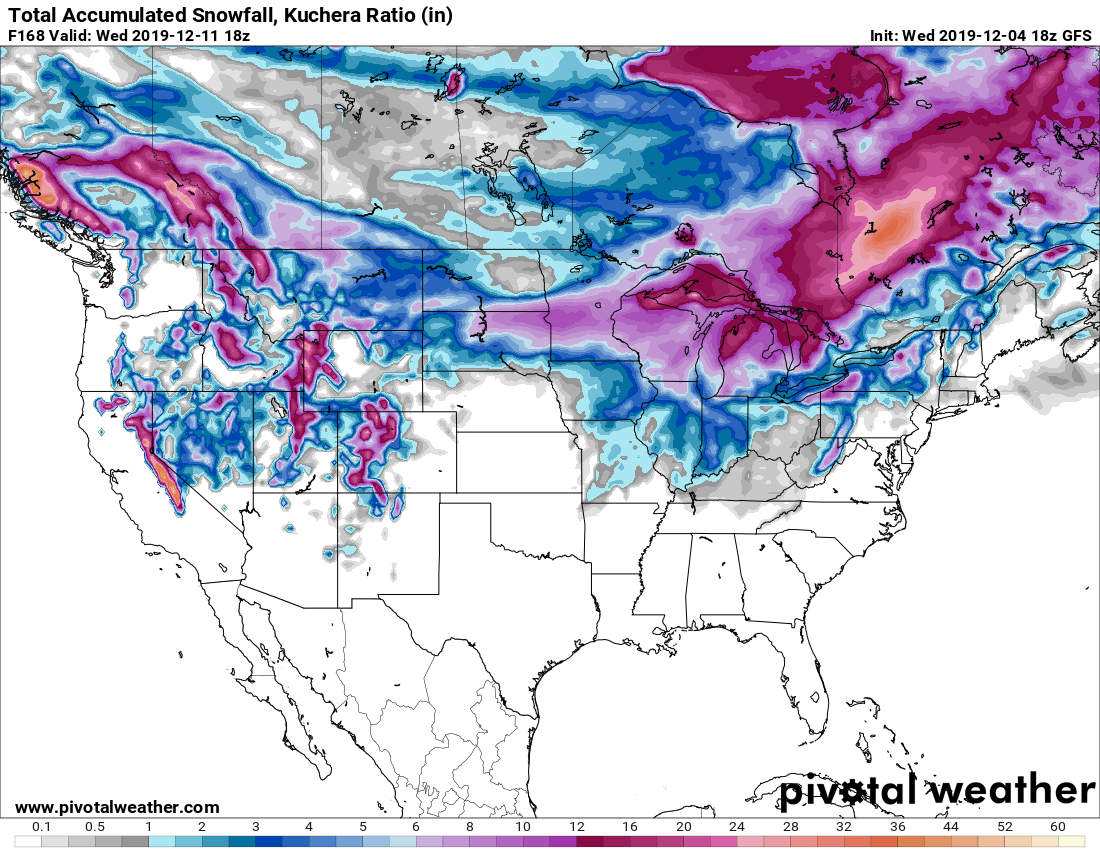 Notice the orange area over Quebec, indicating that up to 40″ of snow is possible. Of course, these very high totals will be localized and most likely confined to Canada. We will continue to monitor this system and provide you with more updates in the coming days.

Some very cold conditions are possible next week as the Winter Storm exits into the Atlantic, drawing down some Northerly winds on the western side of the low. Central areas of Canada will see the most severe cold, however some northern states, especially around the Mid West and Great Lakes could also become pretty chilly. For example, Chicago IL is forecast a high of 17F next Wednesday..

Chart: forecast 850hpa temperatures for next Tuesday, much colder than average 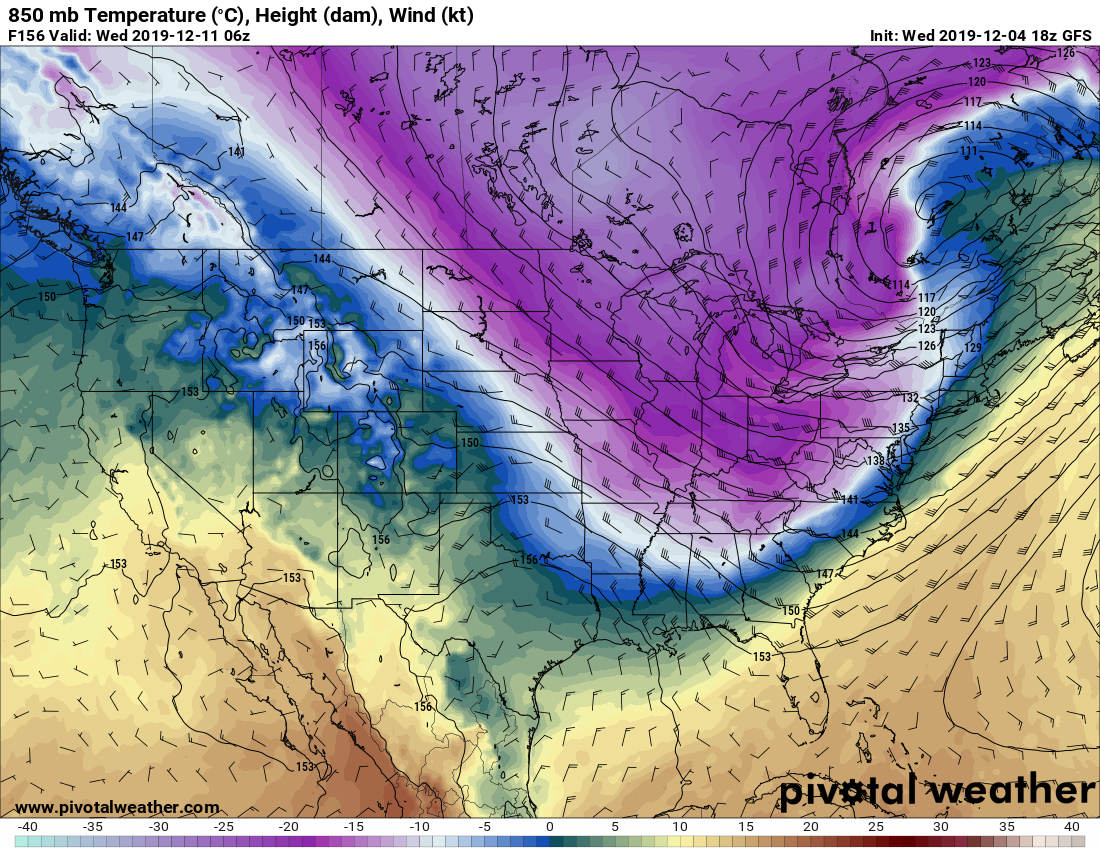 Whilst not true frigid Arctic air, it’s cold enough to produce a severe wind chill if any disturbances (low pressures, winter storms) develop. This is a particular concern for early next week. Additionally, most computer models are suggesting that several of these Arctic outbreaks are possible towards mid December, interspersed by less cold conditions.