Following a swathe of moderate to heavy snow as a result of winter storm Jayden overnight tonight and through Monday for portions of the plains, Minnesota, Wisconsin, Northern Iowa & Illinois, and Michigan, before funneling up inland portions of the North East late Monday and into Tuesday, and then a severe and potentially record breaking cold outbreak is forecast for many areas.

We’ve been warning of it for a few days and now it’s looking likely to happen.

Into tonight snow will form over Minnesota and eastern North & South Dakota before spreading into Minnesota, Wisconsin and northern Iowa/ northern Illinois through Monday giving heavy accumulations in places. Later on Monday heavy snow will fall over Michigan with some lake effect enhancement from lake Michigan. Rates of between 1 and 2 inches of snow per hour will likely remain manageable for the area.

Later on Monday the snow will spread across the lakes into southern Ontario giving 4-8″ widely. Later on Tuesday snow will head into parts of the north east and could intensify over New England and Maine giving 8-12″ in places especially northern Maine. On Tuesday some moderate wet snow will fall over parts of northern Mississippi and through the Appalachian mountains and across inland parts of the North East like Pa and New York state giving accumulations of 1-4″ widely.

Intensification likely in the North East later on Tuesday: The GFS and NAM model are suggesting intensification of the weather front associated with Winter Storm Jayden later on Tuesday which could produce more intense snowfall rates of 2 to 3 inches per hour in a corridor from lake Ontario through upstate NY, Vermont, New Hampshire and into Maine. If this occurs, some significant totals could develop here towards 1 feet (12″) in places. Keep an eye on NOAA warnings & local forecasts for this potential risk. 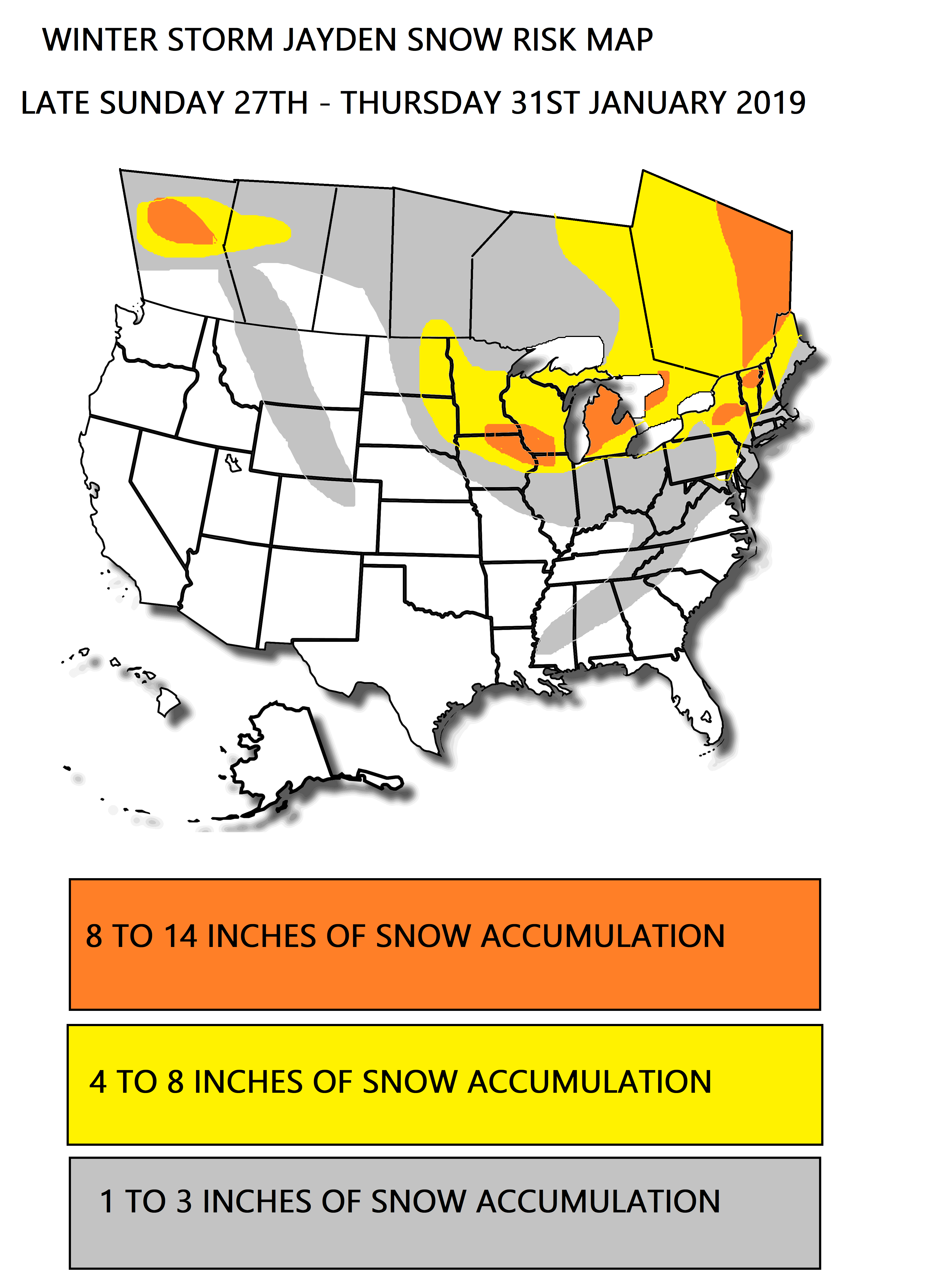 Now for the biting cold.

Prepare for the life threatening freeze that will set in through Tuesday into the mid west and extend into the western Great Lakes later in the day.

For some parts of the Mid West late Monday through Thursday the air will be the coldest it’s been for a couple of decades. Freezing pipes & a significant risk to the vulnerable of society. Please make necessary preparations for the extreme cold. 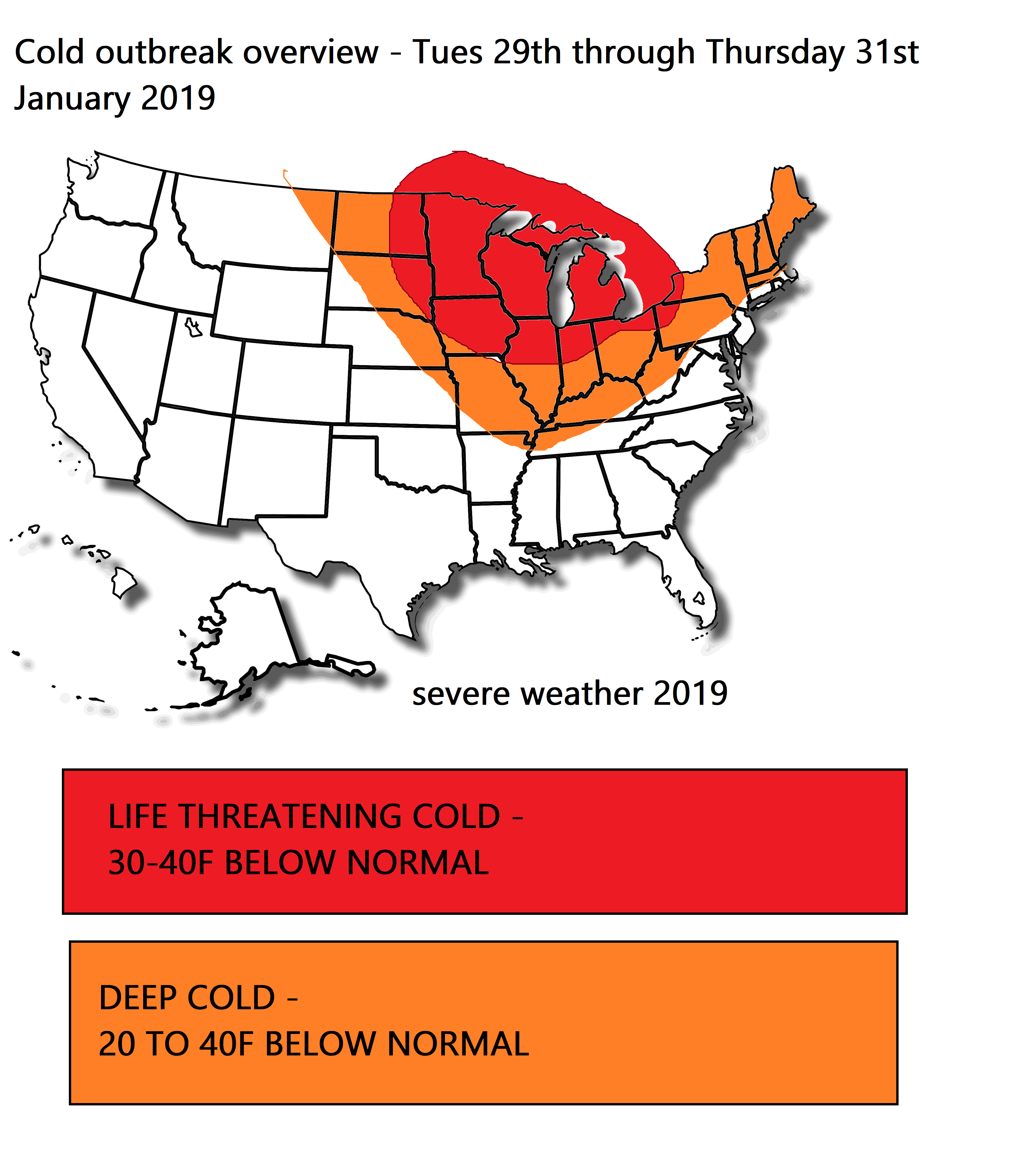