Earlier today the Met Office posted this graphic, suggesting temperatures of 37C in the south east of England by Thursday, with temperatures into the 30s widely. 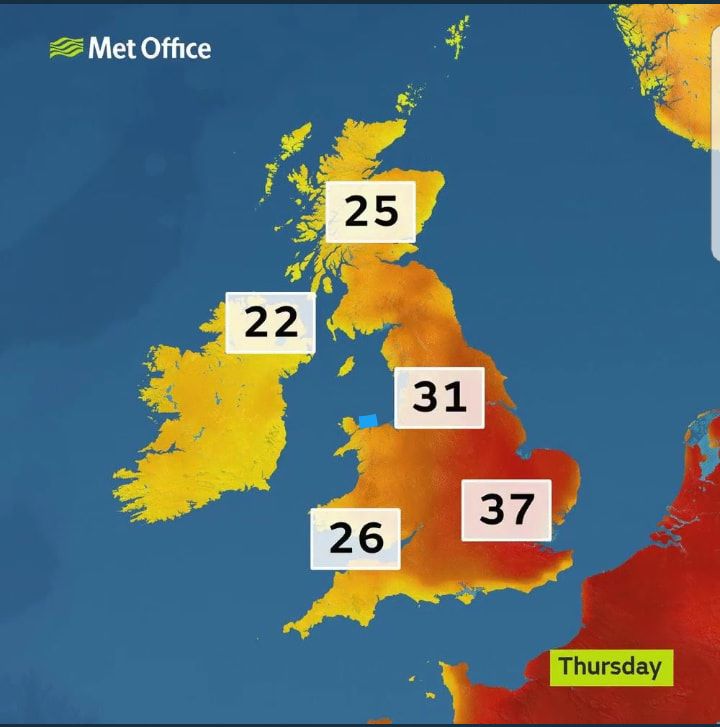 That level of heat is rather exceptional in this country, some 14C above average in the south east. Most computer models are suggesting temperatures of at least 34C are likely on Thursday, with values nudging into the 30’s both tomorrow (Tuesday) and Wednesday.

The Met have also issued a “Heat-Health watch” for much of England. A level 3 has been issued for this week, lasting until 9am on Friday. This is not a weather warning as such, it is a system that is designed to give society a “heads up” on high temperatures in Summer, and low temperatures in Winter. This is a rather unusual spell of weather.

There is also a risk of thunderstorms, some on Thursday evening, but in the shorter range overnight from Tuesday into Wednesday. These could be particularly lively in places. Risk map: 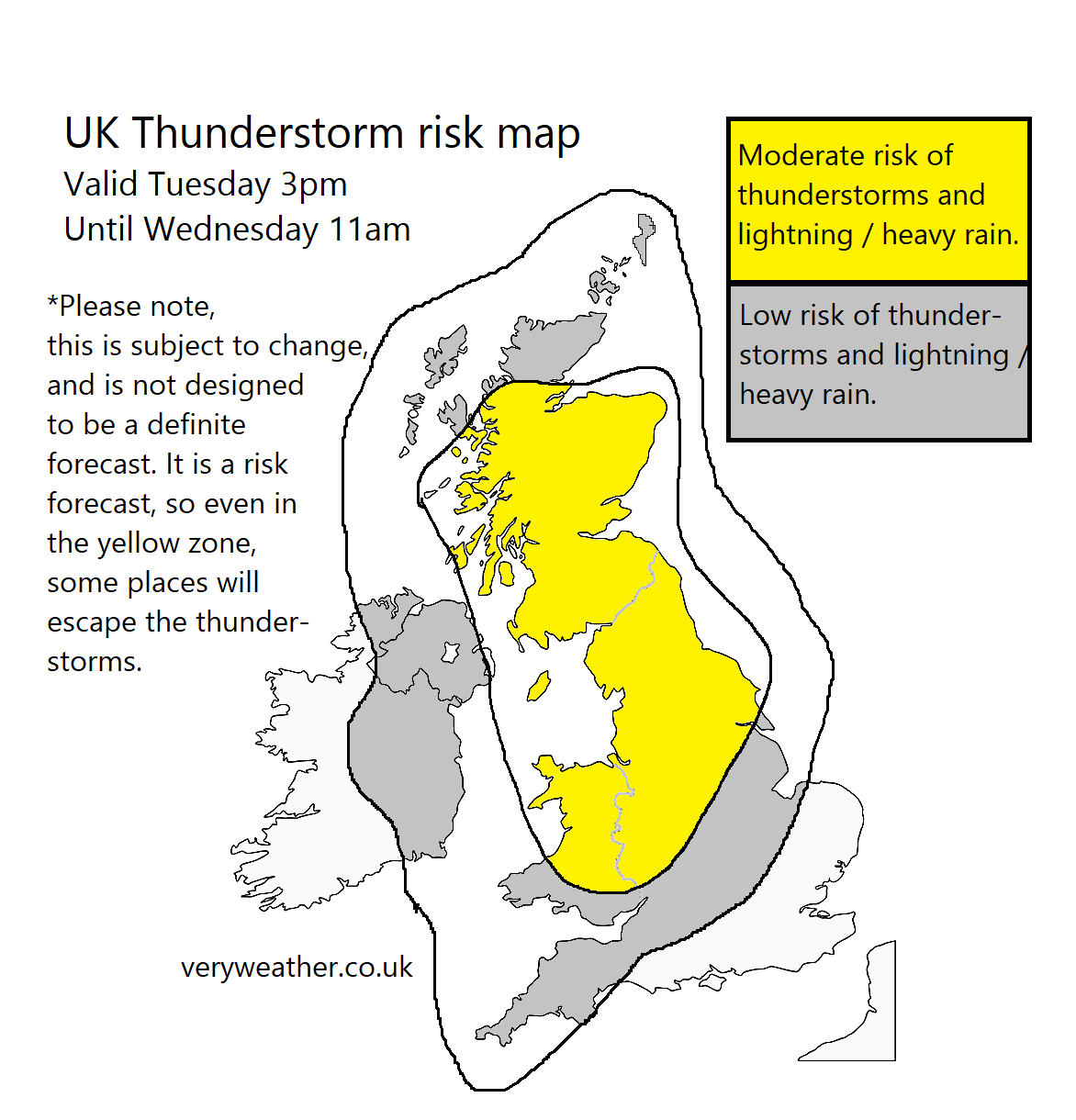 In Summary, a potentially record breaking week of weather. Uncomfortable for many but temperatures will come back down into the weekend. Stay safe if you do get caught in the thunderstorms though!