Sometimes it snows in April – and sometimes it snows in October. Of course, it’s more likely at the end of the month, last October parts of Northumberland saw a surprise snow towards the end of the month, and notable October cold snaps occurred in 2008 and 2012. Let’s get one thing clear – we’re not predicting snowfall – merely stating it is a possibility given what could potentially happen. We’re not being sensational like some other “outlets”, merely giving you a heads up. And stating things could change. But at present, there is a risk of snow snowfall to Northern hills.


From Friday and into the weekend temperatures are set to tumble. A cold northerly wind is set to introduce colder than average temperatures. There will be a risk of night frosts and icy patches overnight if skies clear, especially in the North.

These are the minimum forecast temperatures for 8am on Saturday morning. Down to 2 or 3C for many of us, cold enough for some icy patches. However, down to -4C for parts of central Scotland.

The risk of snowfall

It’s difficult to predict snowfall in mid-winter in the UK, so doing it for October is near impossible. And this is just a “possibility”, so it may be disregarded completely, however it is a possibility and could lead to some quite disruptive conditions. First of all, Friday is the period we’re interested in (at the moment) and more specifically Friday evening. A rain band  is expected to become rather slow moving across central parts of the UK. And as colder air from the North is fed into the northern flank of the system, there is a risk of some of this rain turning to sleet or snow.

More higher ground areas are favored, such as Snowdonia, the Peak District and Pennines, but even here things are uncertain. At the moment the risk to lower levels is minimal, however these low pressure systems can often be rather unpredictable and have the ability to produce some fairly heavy snow.

As mentioned, please don’t think we’re forecasting snow for anywhere, we are simply outlining where there is a chance – and at the moment nothing more than that. Subject to change. 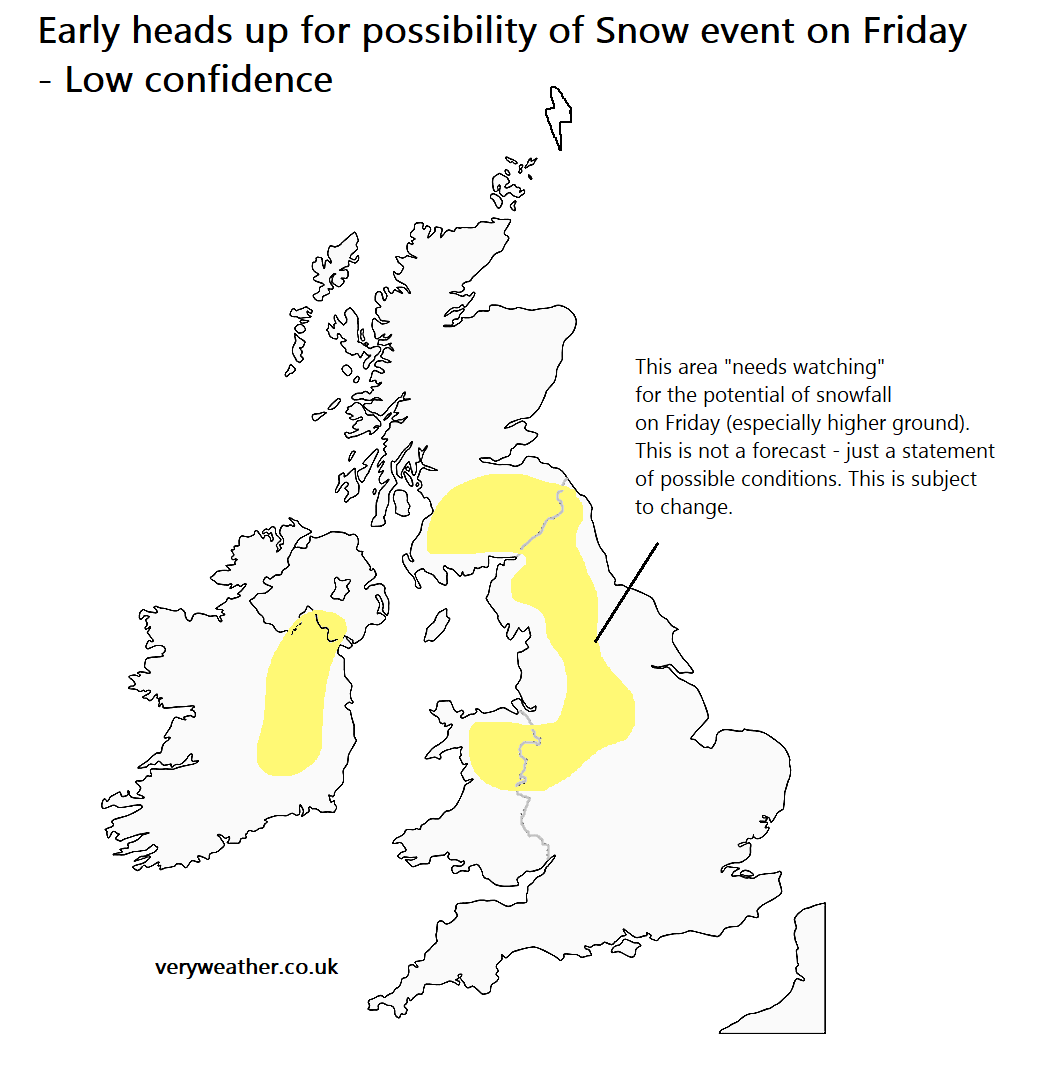 As mentioned, this is only a possibility, nothing is a certainty.