This Meteorological temperature forecast chart, from the European German computer model – called the “DWD”, looks quite menacing. Notice the deep dark blues filtering into central Canada all the way down to the central states. That’s pretty cold air, but not very cold. (Temperatures are in ‘C here). The chart is valid for the 29th of October 2019.

Now, as many of you probably know, forecasting for more than 3-4 days out is not an easy business. Often the forecasts change, the charts often completely backtrack from what they’re saying. That’s why it’s often to approach these predictions with a pinch of salt.

However, it needs to be noted, that this computer model is not alone. Check out the GFS for the same time period. Looks pretty cold to me.

(Charts are courtesy of Meteociel.fr). 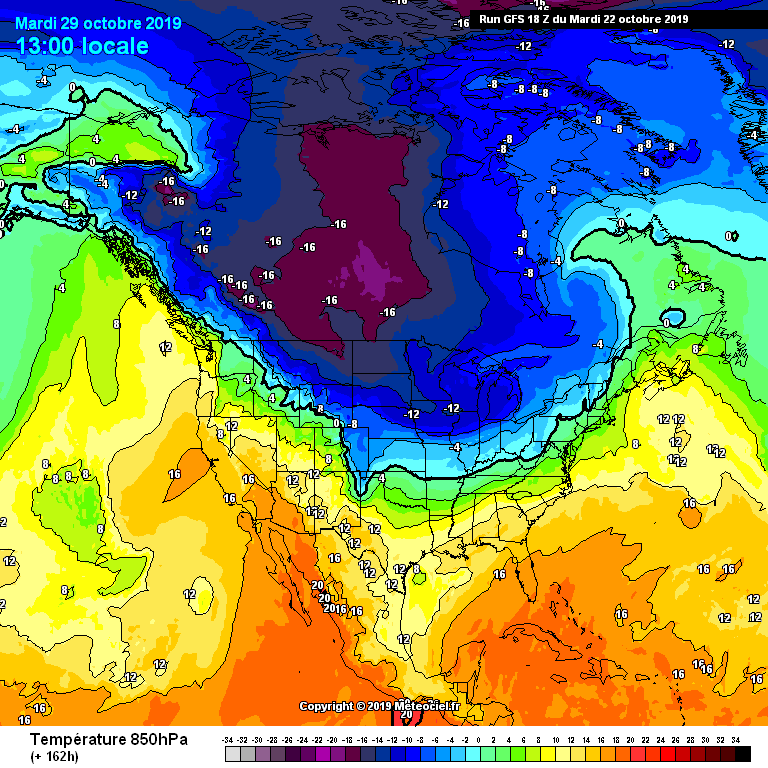 A lot of cold air there. Cold enough for surface temperatures of around 10F overnight in places. That’s pretty chilly for October. If it materializes, we could see some snow flurries next week brought in on that Arctic wind. Some early lake effect snowfall is also not out of the question – if the cold air advances towards the great lakes mid next week – stay tuned.

How likely is this to happen?

In Meteorology we like to deal with possibilities. As mentioned, this outlook could change, but given that most computer models (GFS – American and ECMWF – European) are hinting at a cold shot of air, oozing out of Canada and into central northern western areas, like Minnesota, the Dakotas and parts of Montana, later this weekend and into the early part of next week, there is certainly a chance. So keep-watch for further relevant updates.

What is the polar vortex?

The name “polar vortex” speaks for itself, it’s a spinning column of air (vortex) over the north pole. It forms during the Autumn and holds within it very cold air over the Arctic. It’s these spinning winds that restrict the air from sinking further south. When these winds collapse, the cold air is allowed to exit the north pole, flooding mid-latitude countries (such as the U.S.). Given that pretty much all the frigid cold air in northern latitudes originates from the polar vortex, it’s pretty common to get a bit of it. When we refer to a “chunk” of the polar vortex, we refer to a particularly large section of it basically dropping into the US. This is rare but happened in 2014 and earlier this year (2019) back in January.


The graphic below demonstrates what that looks like when a “chunk” of the Polar Vortex affects the U.S.! 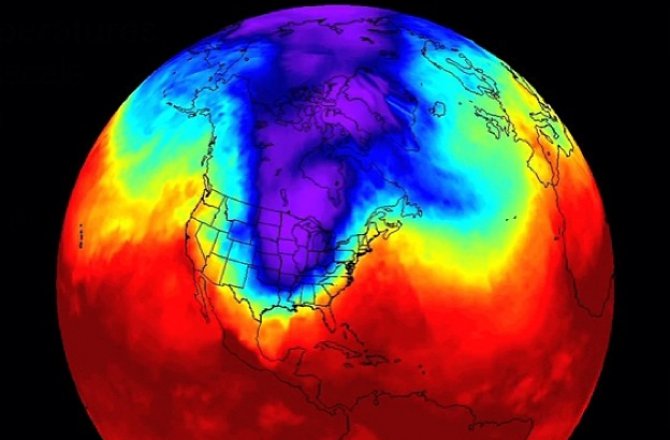 So stay tuned, it could get pretty cold next week in places! Admin.