Good evening. It’s a cold one out there folks. Temperatures are around 3-4C below the seasonal average. There’s also a risk of some hill snow tomorrow (Saturday) afternoon in the North thanks to a weather-front making inroads into the cold air. 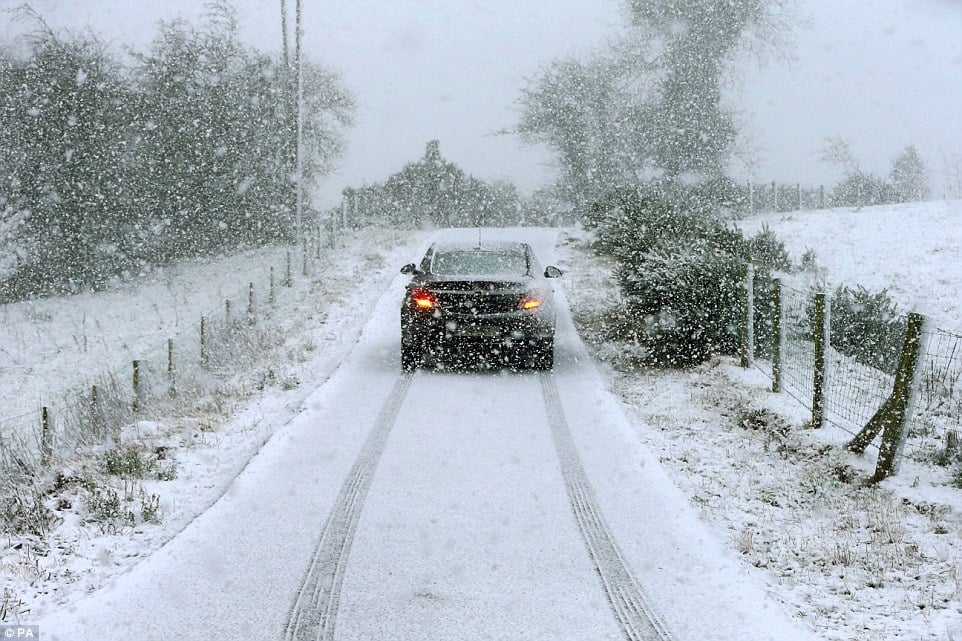 Although most of us to low ground will see rain, this snow-accumulation chart for Saturday afternoon from the GFS model shows there’s a risk of 1-3cm of snow on high ground across parts of Wales, however some parts of Snowdonia may see up to 5cm (2″) of snowfall and parts of the Peak District and Pennines could also see a dusting.

The weekend in general looks cold and wintry, with frosts quite widespread thanks to low overnight temperatures, this will also produce a risk of ice in places especially following any precipitation with lows perhaps down to -8C in rural parts of Scotland on Saturday night, generally -1C to +3C for England, Wales and Ireland.

On Monday, parts of Scotland (especially but perhaps not exclusively to high ground) run the risk of some snow. Further south just rainfall.

Next week looks like it will remain generally on the colder than average side with a continued influence from Northerly winds. This continued Arctic feed will supply northern hills with a continued risk of snowfall, with just cold-rain elsewhere. This kind of weather-pattern in Winter would have produced a more widespread risk of snow, however as we’re only in November, most of it will be confined to hills with the risk of us enjoying a typical festive November feel with temperatures below average. This means more frost next week under clear skies.

There’s the potential that as we head towards the end of next week, high pressure could exert itself on the UK, however a cold high. This would mean frost and fog could become an issue – with temperatures very much below average. It makes one wonder, what Winter 2019 might bring, weather-wise for the UK. It’s impossible to suggest at this stage, we’ve seen cold Novembers in the past bring very mild winters, however as always there’s a risk of cold and snow in winter and we’ll do our best to provide you with the latest information on any snow-events that may arise as and when.