There’s a risk of some significant snowfall for portions of the North East, which haven’t seen that much of the way of major snowfall so far this season.

Portions of the Great Lakes and New England run the risk of a major snow-storm early next week, with Monday and Tuesday noted as prime-times for the risk of some significant snowfall, though as will be explained in this post, all is far from certain. 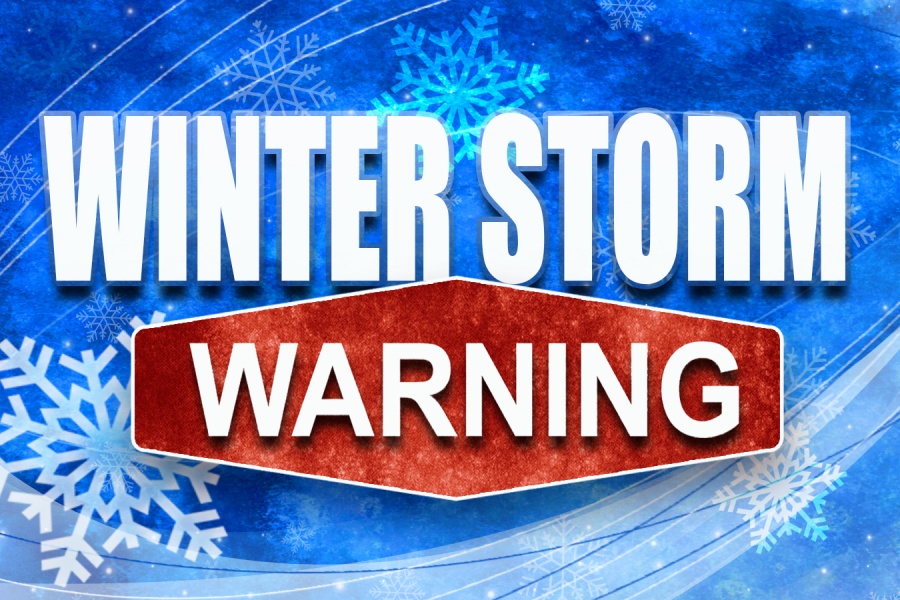 Right now though, if you haven’t noticed already, it’s cold, and there’s more early-season cold on the way. These are the current temperature anomalies in the country, as you can see it’s the north east that’s bearing the brunt of the cold right now. (Credit: pivotalweather.co.uk). 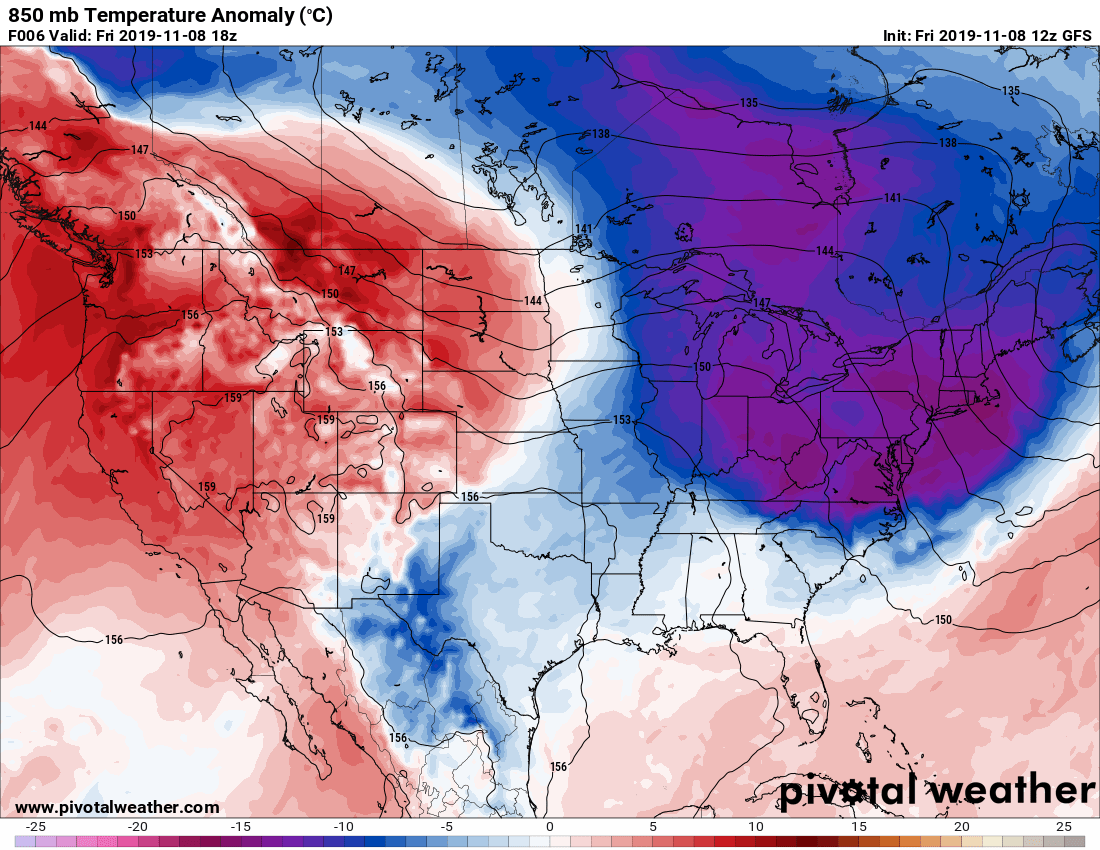 Fast forwards to Monday, and if anything the cold gets more intense, with temperatures of up to 30F below average for parts of the Mid West. This is some serious cold, and if any system introducing moisture were to make inroads into this cold air, that spells a big risk of some snowfall. 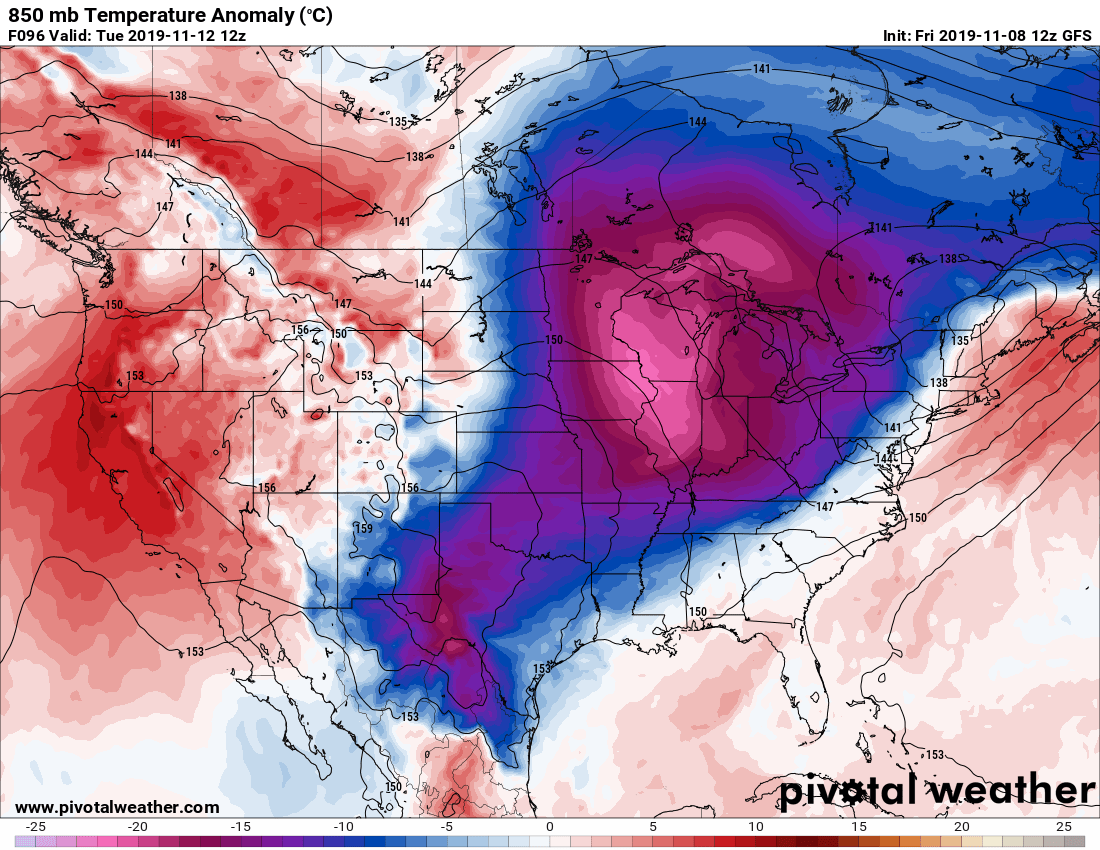 A nasty area of low pressure is expected to track across the central and eastern half of the country this weekend bringing a widespread risk of an inch or so of snowfall for many central areas. Strong winds may accompany the rain/snow bringing a nasty mix for travel. There’s also a risk of some flooding in the areas closer to the coast that get the heavy rainfall.

By Monday, portions of Illinois, Indiana and Ohio run the risk of a couple inches of snowfall, before the potential for a Major snow event for parts of the upper North East (from northern PA up to Maine) from late Monday into Tuesday.

Some computer models suggest up to 12″ (30cm) of snowfall is possible for parts of New Hampshire, Vermont and Maine by Wednesday with a few inches for parts of Ohio, Indiana and Illinois.

So the advice is, stay tuned to local weather forecasts and updates. An early-season winter storm always has the potential to be very serious especially with some of the amounts of snow that could develop from this one.