It’s pretty cold out there right now and temperatures are only expected to drop in the next few days. Take a look at the BBC forecast for Braemar (Scottish Hills), yep, looks pretty wintry to me.

The snow will be fairly limited to high ground in the north, where it could be significant at times, so if you’re planning on travelling over hills, be very mindful of the forecast in the coming days. The main concern today, however, is rainfall, and heavy rainfall at that. Parts of the Midlands and Northern England could see around 75mm (3 inches) of rainfall today producing a high risk of flooding, especially given how saturated the ground is.

It’s already snowing on the Scottish uplands, above around 400 metres of altitude, so again be aware if travelling over the A9 for the potential of some wintry weather in the next few days. The main concern day is Saturday. A cold air mass will be in place over the UK in the coming days, producing some hard overnight frosts, so a risk of ice in the next few days. As a band of heavy rain makes inroads into the cold air on Saturday, there is a significant risk of some snowfall. Again, snowfall is difficult to predict in the UK, so this is by no means an exact forecast. However, on HIGH GROUND in the NORTH (particularly if you are at 400 metres of elevation or higher), there is a good chance of some of the white stuff! Particularly the Pennines, parts of Scotland etc on Saturday. So again, if travel plans cross this area, pay close attention to forecasts and make adequate preparations if the chance of snow.

The map below shows where the GFS thinks snow is likely to fall on Saturday. Don’t take this chart literally, it is not designed to be accurate at this stage, just give an indication of where snow is possible, as you can see, Northern hills mainly. 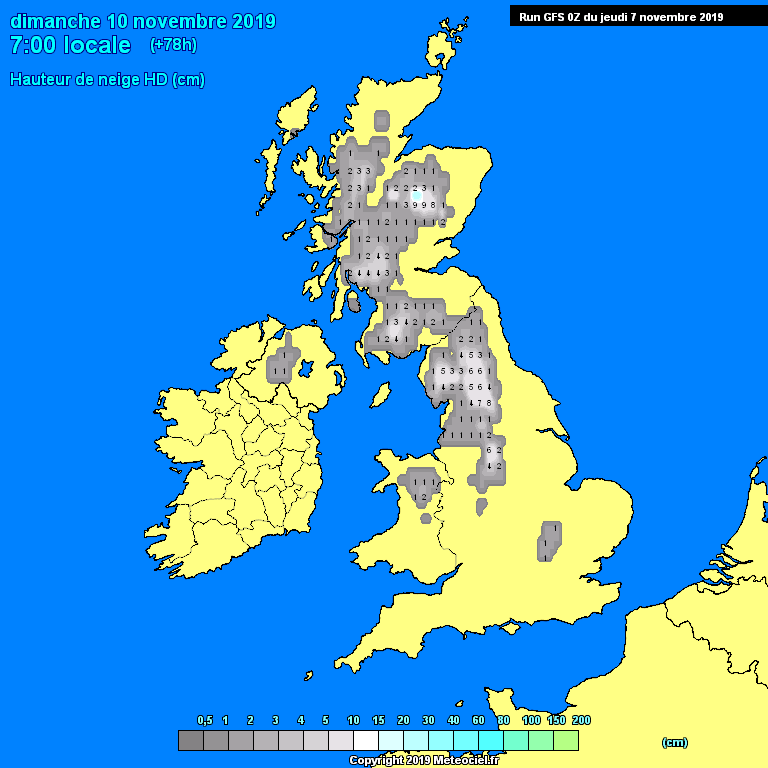 Again, over the next few days it looks pretty cold, so do be aware of the risk of icy patches, especially in rural areas in the North.