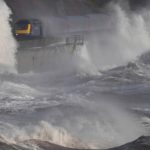 Following Storm Ciara, which brought disruption to many parts of the UK, the jet stream is expected to remain relatively powerful over the next week or so. This means that further deep areas of low pressure are likely to form, and as these power east, eventually bring disruptive winds & rainfall to parts of the UK (this weekend).

Even in the absence of Storm Dennis, it’s still expected to be particularly windy this week, with gales around coasts at times, as a result, a warning for wind is still in force for parts of Northern Britain (Scotland & Northern Ireland), for the next 2 days. Gusts of wind up to 50 or 60mph are still possible around some western coasts and hills, and with wintry showers, some high ground areas may experience blizzard conditions in the coming day or so.

That next deep area of low pressure is expected to spawn up later this week into the weekend, affecting the UK most likely on Saturday. At present “Dennis” does not look like it will be as powerful as Ciara, however that may change. Of course if it does, we will let you know. Wind gusts of 50-60mph look possible, perhaps up to 70mph along the south coast of England.

A risk of coastal flooding this weekend to, given storm surges. Like Storm Ciara, Dennis may also introduce a colder North Westerly flow as it clears, so later into the weekend and into the start of next week (17th/18th of February), there’s a definite risk of wintry showers on Northern Hills. 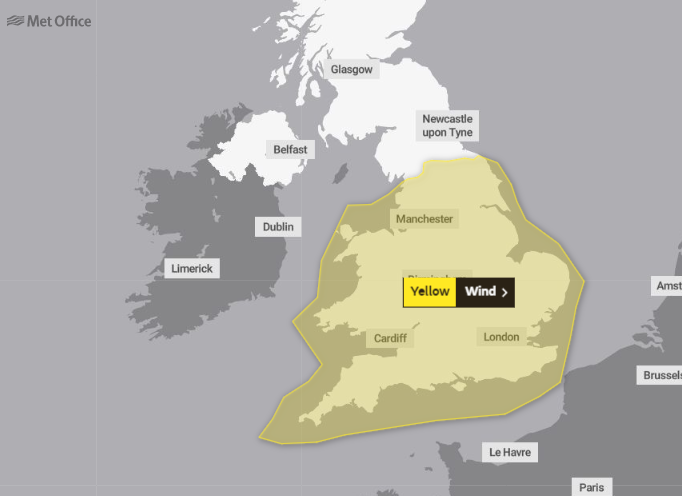 The Met Office have placed Wales and much of England in a yellow, be aware warning for Saturday (Above).

This acts as a heads up for the weekend’s strong winds. As explained, there is a chance that forecast winds speeds could increase before we arrive at the weekend, in that case we will let you know. A lot of heavy rain is also possible, and given that river courses are full and ground is well saturated at present, there are of course flooding concerns associated with that risk over Saturday, before wintry showers likely pack in on Sunday and Monday.