Severe ice was always going to be an issue with this storm.

Meteorological process responsible – Temperatures above freezing above the surface associated with a warm front within the snow storm melts the snow as it falls towards the surface, which then instantly turns to ice upon contact with the ground. This can result in very dangerous road conditions, which is absolutely happening across select areas of the North East. Do be VERY careful if you are planning on venturing out towards these areas.

In particular, Waverly village, PA/NY border, are under a state of emergency due to the severe ice. 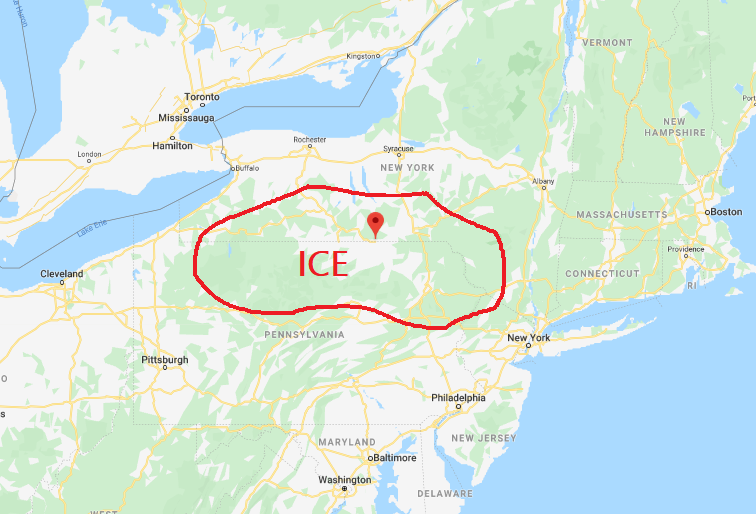 “Roadways are extremely icy and impassable in many locations. All non-essential travel on village streets is prohibited at this time. Do not drive at this time, it is dangerous out there!” – Waverly Village, Pennsylvania/ New York state border.

Further Ice Accumulation expected: up to 1 inch for parts of NY/PA.

These severely icy conditions are likely to be representative of large parts of Northern Pennsylvania and New York state right now. This ice accumulation chart from pivotalweather.com shows that widely 0.25-0.5″ of ice accumulation is expected in the next 24 hours, with perhaps up to 1 inch in places. That is enough to produce atrocious travelling conditions – but also the risk of power outages. 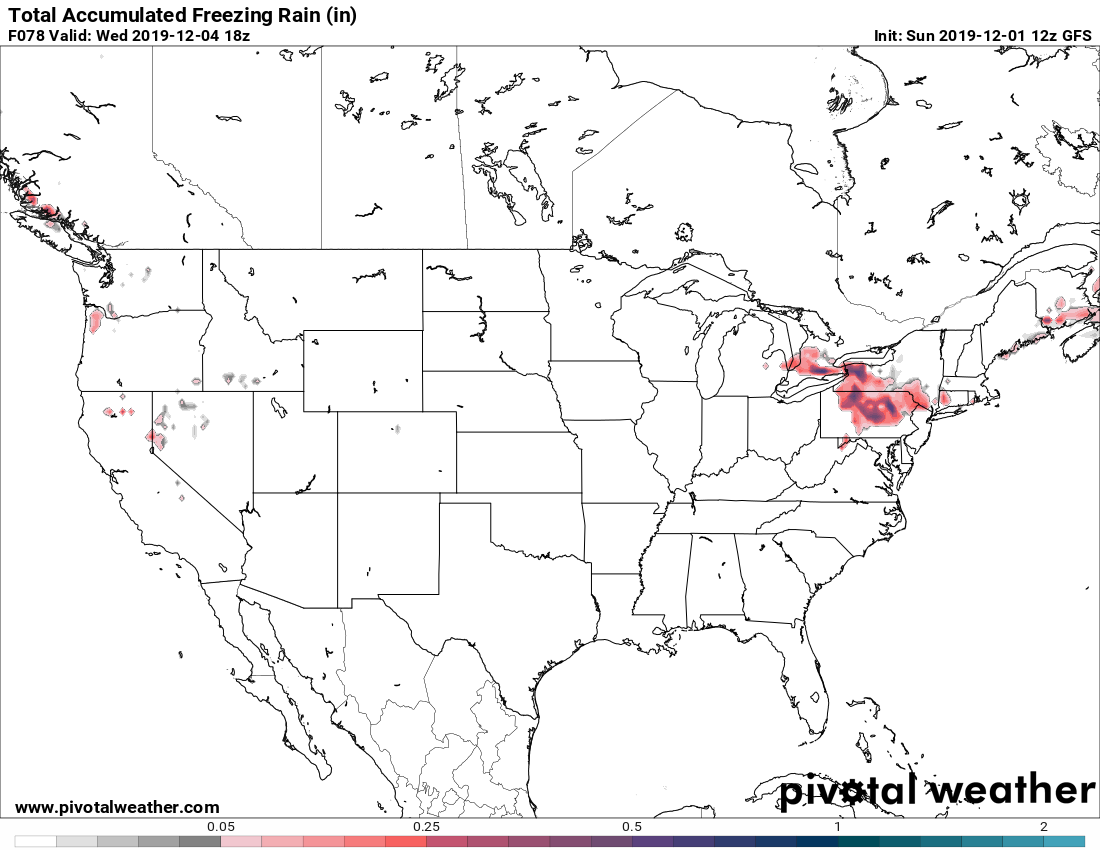 Of course, ice isn’t the only issue!

It’s snowing pretty heavily across much of northern Minnesota, Wisconsin and the far north of Michigan at present. Some areas have already reported 26″, over 2 feet of snow, for example Cornucopia, Wisconsin. Most areas have had around 6-12″ inches of snow, and although some roads are blocked, many are passable with care.

The storm is expected to head east, affecting the North east tomorrow but certainly taking it’s time. It will linger on into Tuesday with outbreaks of snow for parts of Massechusits, Southern Vermont, New Hampshire, and eastern New York State. There will be a fine line between rain and snow, and in these areas travel could become extremely tricky due to ice, snow, ice and then snow. But it will most likely be pure snow further north than Waverly in New York state, right up to Maine. Sleet on the coast. 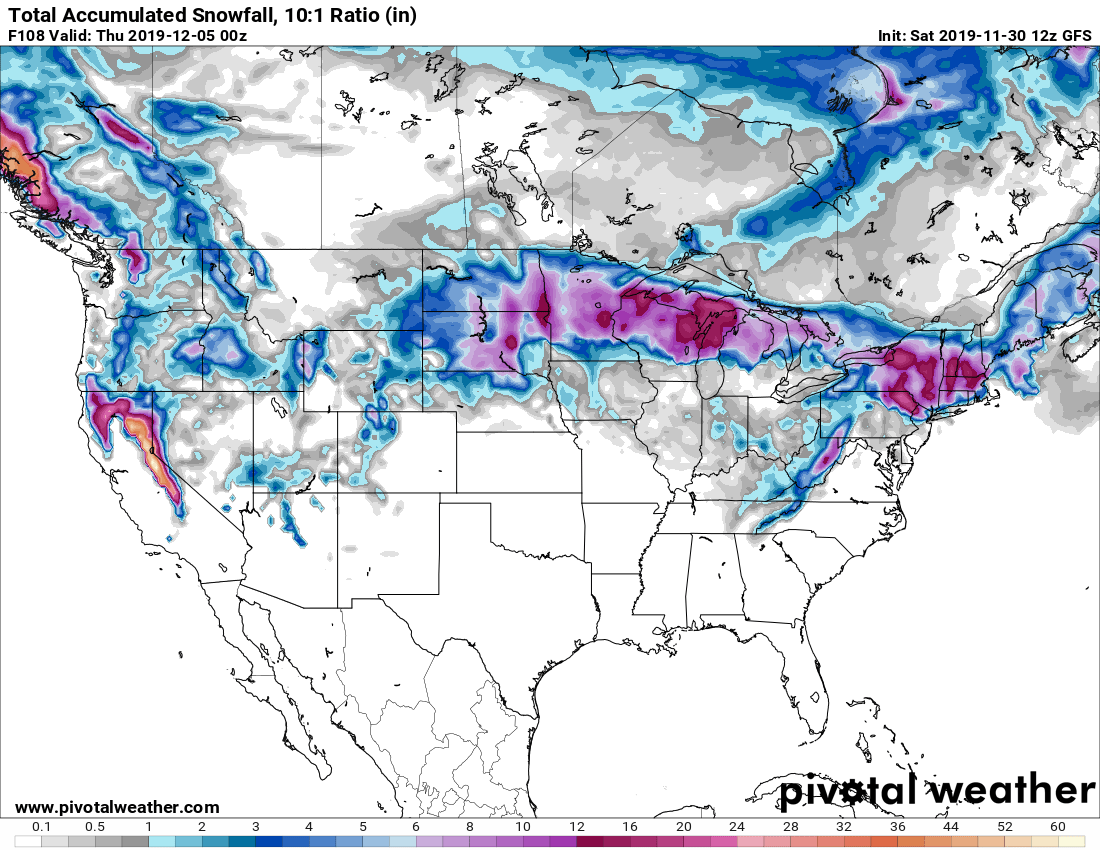 Early in next week (Tuesday / Wednesday) as winds swing over to the North West, there’s the potential for some lake effect snow shower activity around the Great Lakes, this could produce up to 12″ of snow in very isolated areas, though most affected areas will probably see between 3 and 6″ of snowfall.